Miguel Cummins is set to make his Test debut after he was named the replacement for Shannon Gabriel in the ongoing series against Australia.

Melbourne: Barbadian fast bowler Miguel Cummins is set to make his Test debut after he was named as a replacement for injured pacer Shannon Gabriel in the ongoing series against Australia. West Indies Cricket Board’s (WICB) selection panel made the announcement on Wednesday following the team’s heavy defeat to Australia inside three days in the first Test, which ended Saturday, reports CMC. Cummins, 25, has taken 99 wickets at an average of 22.83 in 36 first-class matches. He has made one international appearance for the West Indies, an ODI against Ireland at Sabina Park, Jamaica, in February, last year. SCORECARD: Australia vs West Indies, 2nd Test at Melbourne

The 27-year-old Gabriel suffered a stress reaction in his left ankle bone while bowling in the first innings of the first Test match at the Blundstone Arena in Hobart. He is expected to return to Trinidad this week to continue his rehabilitation, a WICB statement said.

Earlier, Chris Gayle admitted that he is ready to play the Boxing Day Test against Australia if West Indies wants his inclusion in the playing XI. The explosive opener was terribly missed in the opening Test at Hobart where Australia had thrashed the visitors by 212 runs. Gayle recently underwent a back surgery but the 36-year-old however expects he’ll be fit enough to play every Big Bash League game for the Melbourne Renegades this season. If he is unable to gain full fitness, he is quite certain about making a comeback in the Tests next year. Nevertheless, he hasn’t played in the whites since 2014 with the Bangladesh series in September being his last appearance for West Indies in the Tests. 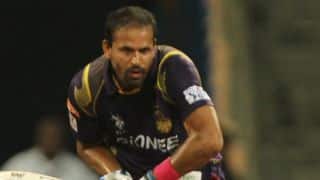