New Zealand beat West Indies in the Test series and then India in the ODI series.

New Zealand coach Mike Hesson has said that the team’s showing in the winter is “as good as it gets” from a coaching point of view. New Zealand first beat West Indies in a three-match Test series before. They then beat India in a five-match One-Day International (ODI) series.

According to Stuff.co.nz, a strong showing in the Test series against India for New Zealand may just close the door completely on the controversy involving Hesson, Ross Taylor and Brendon McCullum regarding captaincy.

Hesson said that there will definitely be some confidence within the group to compete in the Tests against India.

However, the coach said that although the current team is a good side, it has a few new faces, which might be a problem in the Tests as it is a completely different format.

New Zealand, with a 4-0 ODI series win under their belts, hope to ambush India’s Test side on Thursday on a quick, bouncy Eden Park surface.

The red ball swings at this venue and New Zealand went within a wicket of toppling the once powerful England side last March, the report added. 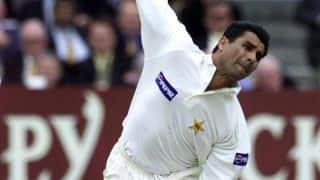