Misbah-ul-Haq on Thursday stated that Pakistan "went on making mistakes" which eventually led to the defeat in the third Test against West Indies.

Pakistan Test skipper Misbah-ul-Haq on Thursday stated that Pakistan “went on making mistakes” which eventually led to the defeat in the third and final Test against visitors West Indies at the Sharjah Cricket Association Stadium. Pakistan, who earlier whitewashed them in the One-Day International (ODI) series, which preceded the Tests, along with the Twenty20 International (T20I) series, had a two-match lead in the opening couple of Tests, but failed to draw the final blood in the series. Misbah expressed his displeasure to draw a win in the final Test, while he also praised the touring Windies team for their great effort to win the final Test. FULL CRICKET SCORECARD: Pakistan vs West Indies, 3rd Test at Sharjah

“It was disappointing that we didn’t win. Overall, we didn’t play up to our standards. Our batting was bad, and so was our fielding. West Indies played with discipline and we went on making mistakes and lost it. It’s a setback losing a Test match in your own conditions, where you are so good, and to a team ranked lower than us. No matter how good the opposition plays, you really need to come back strongly after that,” said Misbah, reported espncricinfo.com.

“We have one thing in mind – to treat every game as equally important. When you are the No. 1 or No. 2 team, you have to play every match at a certain standard to keep that reputation. When you have a longish series, sometimes, you [tend to] relax and I think this is exactly what happened with us. We probably didn’t respect the opposition, which is why we were troubled in early matches and made a lot of mitakes in this third Test,” he added. FULL CRICKET UPDATES: Pakistan vs West Indies, 3rd Test at Sharjah, Day 5

“However, going into the next two series [in New Zealand and Australia] we know how tough things will be. We also know that we are capable [of winning], and when we play at our full potential we can win matches anywhere in the world. We have lost some momentum with this loss, but we have to regain it and work very hard for it,” he stated.

Speaking on the misfields, especially in the slips, Misbah stated, “As far as the slip cordon is concerned, unfortunately, we have to make some changes to it. Only Younis Khan and Asad Shafiq are regulars. Azhar was hit on the hand so he couldn’t field in the slips. We are trying to train specialist slip fielders. Only when you have specialist fielders will you see improvement. So we are focusing on that. At times, we read on Twitter that a slip catch is a sitter. Only someone who has not played cricket can say that. Slip catches are never easy, even the best slip fielders drop catches.”

Misbah also heaped praise on Mohammad Nawaz. “Its Nawaz’s first series so he needs time. We need someone at No. 7 who can bat and bowl, and he has the potential to fill that role for us like Jason Holder does for West Indies. He works very hard, he just needs some time,” he said. He also praise Zulfiqur Babar. “Take the answer from the groundsman who made the pitch. If the ball doesn’t turn even on the fifth day, then how will you bowl spinners?” said Misbah.

Fianlly on the performance by the west Indies, Misbah stated, “They will understand their game once they play 20 or 30 Test matches. They will become more mature. You have already seen them improve with every game of the series. All of their batsmen have contributed. If they keep on playing, they will definitely give a tough time to other teams.” 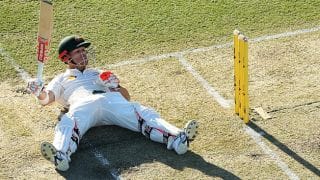 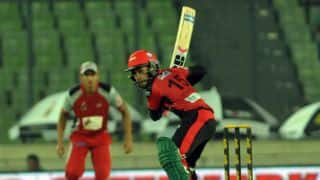