Press-ups (or push-ups) took off as a unique way for Pakistan's cricket team to celebrate following a Test against England in July when Misbah himself first dropped to the ground to flex his muscles.

Pakistan team captain Misbah-ul-Haq on Saturday defended the celebratory press-ups his players do after high-profile successes, despite government criticism back home. Press-ups (or push-ups) took off as a unique way for Pakistan’s cricket team to celebrate following a Test against England in July when Misbah himself first dropped to the ground to flex his muscles. But on Wednesday, a national assembly member of the ruling party Pakistan Muslim League, Rana Mohammad Afzal objected to the manner of celebration. “The push-ups are not related to cricket,” Afzal said during a standing committee meeting in Islamabad. “What message are Misbah and other players giving to the world by doing push-ups?” READ: Pakistan Parliament has not banned push-up celebrations, confirms Najam Sethi

Misbah hit back at the criticism and insisted the celebration was merely a “tribute to the Pakistan Army trainers” with whom the squad had attended a fitness camp prior to touring England. “It should not have happened,” said Misbah when asked about the objection by Afzal. “I think our message was clear that it’s not any disrespect to the opponents or to show anything else. “It’s a gesture to people we worked with (Army trainers) and a promise that we will give tribute to them.”

Misbah made the press-ups a trademark Pakistan style of celebration after scoring a hundred in the Lord’s Test against England in July. The entire team then performed press-ups after winning that Test. The style became an instant hit as Lord’s groundsmen, a television commentator and hundreds of fans in Pakistan copied it. Pakistan’s opener Azhar Ali also did press-ups on scoring a triple-hundred in the Dubai Test of the ongoing series against West Indies. Pakistan Cricket Board (PCB) executive committee chairman Najam Sethi told the committee that it was up to the players to celebrate in whatever manner they liked.

“Push-ups are done at the discretion of players,” Sethi said. Misbah said players can still celebrate in whatever manner they want.

“It was simple and there was no controversy in our minds,” he said. “It’s (up to) everyone’s discretion, but we know there is no negative thing in our minds. As far as the push-ups, there is no ban from the PCB and any player can celebrate in whatever manner he can, but it should not be disrespect to the game or anyone.” 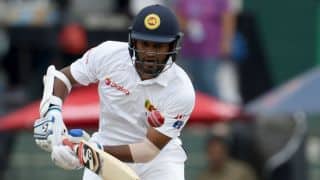 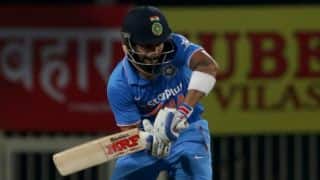