The naming of Pakistan's Twenty20 and ODI squads for this month's tour to India was not without disagreements as the selectors overruled captain Misbah-ul-Haq while axing experienced all-rounder Shahid Afridi for the series. 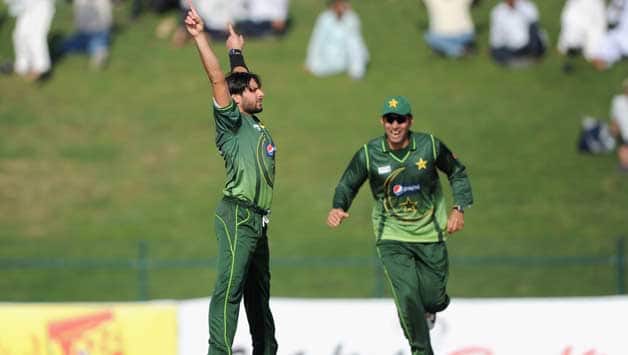 The naming of Pakistan’s Twenty20 and ODI squads for this month’s tour to India was not without disagreements as the selectors overruled captain Misbah-ul-Haq while axing experienced all-rounder Shahid Afridi for the series.

The selectors also came under pressure to select opener Imran Nazir and some other players but stuck to their guns to give a chance to the outstanding performers in the ongoing domestic season.

“Misbah who captains the one-day squad wanted Afridi in the squad at the cost of Umar Akmal but the selectors rejected his suggestion,” one source said.

“Misbah’s argument was that Afridi remains a match winning player despite being out of form and his experience would count for a lot in India under pressure and secondly that his presence would put pressure on the Indian side given his past performances,” the source said.

But the source said the selectors insisted on keeping Afridi out of the one-day squad saying they wanted to rebuild the one-day team keeping in mind the next World Cup.

“Misbah’s argument was also that since they had retained Afridi in the T20 squad he should also be given a chance in the ODI squad,” the source said.

In the selection of the T20 squad, there was plenty of outside pressure to retain opener Imran Nazir who struggled for form in the World T20 Cup in Sri Lanka few months back.

“There were people who wanted the selectors to give Nazir another chance but the selectors insisted they wanted to give a chance to Ahmed Shahzad,” the source said.

Another reliable source stated that the selectors had also conveyed to Afridi that the two T20 matches in India would be crucial for his future as a Pakistan team member.

Interestingly, there was not much debate on the ouster of either senior allrounder Abdul Razzaq or fast bowler Mohammad Sami.

“In Razzaq’s case it appears as if he has been punished for having made the public comments about Hafeez’s captaincy after the team returned from Sri Lanka,” the source said.

But a source close to the selectors said the idea behind dropping Razzaq was to start grooming a younger player for the future.

“That is why Asad Ali has been chosen as he is a good medium pacer and capable batsman and performed well in the recent national T20 championship taking 15 wickets.”

Asad also hails from Faisalabad the hometown of both the national captains, Hafeez and Misbah.