Misbah recently captained Pakistan to a historic win in a Test against Sri Lanka.

Pakistan Test and One Day International (ODI) captain Misbah-ul-Haq has reportedly revealed that he has plans to leave cricket after bagging a few good performances.

In an interview with PakPassion.net, Misbah said that he has some plans related to his cricket career and prays to the Almighty God to help him achieve them before he leaves cricket.

Misbah, who recently captained Pakistan to a historic run chase in the final Test against Sri Lanka, said that he feels the best way to get most out of one’s team is to work in a balanced manner with the players and build their confidence.

Speaking on partnership with Pakistan coach, Dav Whatmore, Misbah said that it had been an excellent partnership and they did win some significant matches under Whatmore’s guidance.

On being questioned about the three most important changes he would like to make if he was made the head of Pakistan Cricket Board (PCB), Misbah said that only one thing required fixing and that was the state of domestic cricket in Pakistan.

Misbah feels that the recent Test victory against Sri Lanka would always be the best match he had ever played in.

On shifting focus to the much talked about ODI hundred, which still remains an elusive target for Misbah, he said that it would happen when it has to happen and he never went down the pitch with intentions of scoring a ton in his mind.

Misbah also believes that Pakistan has got the chance to win the ICC World Cup 2015.

When asked about his instrumental role in the exclusion of Younis Khan from the Asia Cup squad, Misbah said that there current batting line up was quite good and their objective was to continue with the same combination in the Asia Cup as well.

The Pakistan cricket team has been largely successful under Misbah’s captaincy,  winning the ODI series against South Africa, limited over matches against India and Sri Lanka and also the Asia Cup 2012. 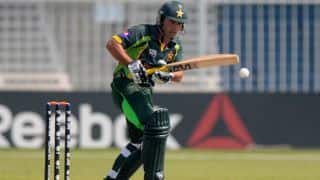 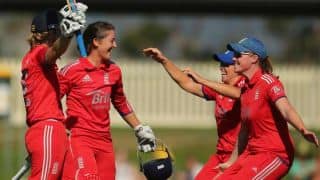