Pakistan and Sri Lanka would be hoping to gauge each other's firepower and bench strength.

The two former world champions have been drawn in different halves for one-day cricket’s showpiece that is to be played in Australia and New Zealand in February and March, The Dawn reported.

Pakistan, the 1992 champions, will be looking forward to bounce back after an embarrassing 2-0 whitewash for Misbah-ul- Haq’s men in the short Test series that concluded on Monday. The squad would be without one-day cricket’s top bowler Saeed Ajmal for part of the series with the off-spinner, who was also reported for a suspect action, flying to Australia for testing.

Pakistan team manager Moin Khan said that if Ajmal gets a flight on Friday then he will miss the first one-day match but they are trying to get him back by August 26 in time for the next game a day later in Colombo.

Meanwhile, Haq, who is confident that the tourists would recover from the Test whitewash to put on a better display in the one-dayers, said that the series would help asses themselves ahead of the Cricket World Cup and added that every one-dayer they play would tell them where they stand. 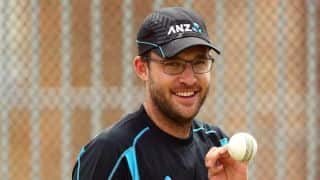 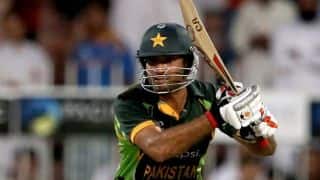