Misbah was handed dual positions by PCB as he is a ‘yes’ man: Mohsin Khan

Misbah was handed dual positions by PCB as he is a ‘yes’ man: Mohsin Khan

Pakistan's most successful Test captain Misbah is the first man in Pakistan cricket history to be given dual positions of head coach and chief selector.

Misbah-ul-Haq was handed the dual positions of head coach and chief selector by the Pakistan Cricket Board (PCB) only because he is a “yes man” and would not risk any confrontation with the Board, former batsman Mohsin Khan said.

“Why has Misbah been given the posts of head coach and chief selector? Only because he is a ‘Tabidar’ (one who follows orders). He is a yes man. The board wants people like him in their employment,” Mohsin, a former chief coach and selector, claimed on a show on GTV News channel.

“The board will never hire people like me or others as head coach or chief selector. Because they know I will not take any dictation and I will not compromise on discipline or selection on merit. “Misbah has been picked because the board knows he will not confront or argue with them on any issue,” he added.

Pakistan’s most successful Test captain Misbah is the first man in Pakistan cricket history to be given dual positions of head coach and chief selector.

But his reputation took a dent when media reports said that some senior officials in the PCB had vetoed his selection of seniors, Shoaib Malik and Mohammad Hafeez for the T20 series in Australia.

The veto came despite Misbah and the new national T20 captain, Babar Azam having agreed to have Malik and Hafeez in the squad for the three T20 matches in early November.

Mohsin, who had also applied for the post but was not picked, called the cricket committee of the board as an ‘eye wash’. “When I was first asked to head the cricket committee last year I was told by Chairman, Ehsan Mani that the committee would be able to hold accountability of coaches and selectors and that it would have authority,” he said.

“But at least thrice after the cricket committee was formed and before the World Cup I requested the board that I and other members of the committee would like to have discussions with the head coach, Mickey Arthur and chief selector, Inzamam-ul-Haq after the team continued to perform badly.

“On all three times the board made excuses and didn’t arrange the meetings which disappointed me a lot,” he said.

Mohsin said this was the main reason for which he decided to resign from the cricket committee during the World Cup.

“I felt the committee (which also included Wasim Akram and Misbah-ul-Haq) was an eye wash and the real powers lay with the Chairman and his officials. As soon as I resigned they made the committee active because they had decided to change the coaching staff of the Pakistan team after the World Cup,” he said.

Mohsin said the removal of Sarfaraz Ahmed as captain from all three formats and his subsequent ouster even as a player for the Australian tour was a badly thought out decision and would have repercussions for Pakistan cricket in the future. 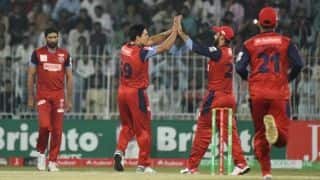 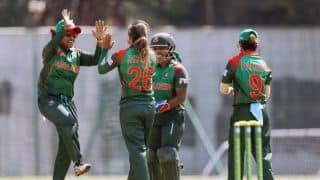