Cricket Australia (CA) on Monday confirmed that pacer Mitchell Johnson is fit and available for selection for the Ashes 2013-14. 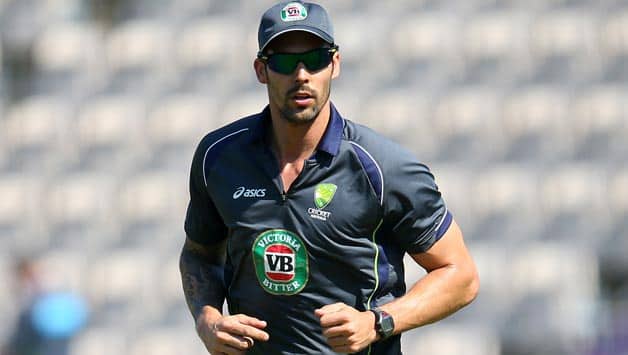 Cricket Australia (CA) on Monday confirmed that pacer Mitchell Johnson is fit and available for selection for the Ashes 2013-14.

There was doubt regarding Johnson’s fitness after he suffered a side strain during the ongoing One-Day International (ODI) series against India.

However according a Australian Associated Press report published in the Sydney Morning Herald, Johnson was seen training hard at Nagpur ahead of the sixth ODI. The left-arm pacer completed a long fieldwork session on Monday morning before bowling in the nets.

His bowling in the ongoing series in India has come as a revelation, especially his searing pace with has gone beyond the 150 kmph mark quite often.

With back injuries ruling out James Pattinson, Mitchell Starc, Jackson Bird and Pat Cummins, Mitchell Johnson will be a key player in Australia’s scheme of things for the upcoming Ashes series.