Michael Clarke's availability was also given a thumbs-up by the Australian coach.

Australian coach Darren Lehmann said fearsome fast bowler Mitchell Johnson will play in the upcoming Tests and one-day series against Pakistan in the United Arab Emirates (UAE). Johnson was withdrawn from the  Champions League Twenty20 (CLT20) with a rib injury, but left with the national squad for the UAE on Sunday.

Johnson is the world’s leading pace bowler after prominent roles in the recent Test series wins against England and South Africa. Lehmann allayed fears that Johnson was in any doubt for the first Test against Pakistan, starting in Dubai on October 22.

“He’ll be fine to go. Expect him to play the one-dayers, obviously not the T20 but the one-dayers and the Test series,” Lehmann told reporters in Melbourne before the team’s departure.

“We’re lucky enough that in terms of the preparation, he did a fair bit of bowling before (getting injured), so it won’t be an issue.”

Lehmann was also upbeat that hamstrung captain Michael Clarke will be fit for the opening Test.

“I’m confident, he’s confident — and that’s about where it is at the moment,” Lehmann said.

“The tour game (on October 15-18) will be the telling time, I suppose, getting him out and playing that… but I’m pretty confident he’ll play.”

Clarke left ahead of the team last week to ensure he was acclimatised before beginning to stretch himself at training.

The skipper said before departure that he was improving daily from hamstring tendon damage suffered in a one-dayer against Zimbabwe in Harare on August 31. The injury forced him to return home from the tour early.

Even if Clarke and Johnson play, Australia will field a significantly different XI to that which edged South Africa in their last Test match in Cape Town in March.

Allrounder Shane Watson and pacemen Ryan Harris and James Pattinson are out with injuries.

Mitch Marsh and Stephen O’Keefe are both well placed to make Test debuts as Lehmann ponders whether to play two spinners on the spin-friendly pitches.

“We always pick according to the conditions,” Lehmann said.

“It’s an Australian curator (groundsman) for the first Test, so it could be a decent wicket.”

Off-spinner Nathan Lyon could be set for some marathon spells, while Peter Siddle will return. Lehmann wants the lion-hearted Siddle to be both spearhead and workhorse.

“He’s put on some weight, put on some muscle… his speed is up,” Lehmann said of Siddle, who was dropped for the side’s last Test against the Proteas.

“The hardest thing is how many overs they can bowl in the heat.”

“I’ve been there before and they (pacemen) can only bowl three or four over spells sometimes,” Lehmann said.

The tour starts with a T20 clash on October 6 in Dubai. 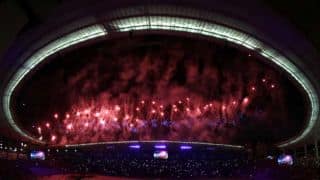