Australia’s tearaway pacer Mitchell Johnson was on Friday named the ICC Test Player of the Year and ICC Cricketer of the Year. The left-arm pacer, who bagged as many as 37 wickets in the Ashes 2013-14 series, saw his career taking an upward spiral, also played a key role in Australia’s Test series win in South Africa earlier this year.

Johnson is the only cricketer in the history to be named ICC Test Player of the Year after Ricky Ponting.

Johnson is currently playing in the ongoing Australia-South Africa One-Day International (ODI) series. Australian pace spearhead Mitchell Johnson is keeping up the intensity even in the nets as Steven Smith discovered to his misfortune. Johnson rapped teammate Smith on the gloves in a net session at the WACA in lead up to the ODI series between Australia vs South Africaaccording to the official Cricket Australia Website

David Warner had suffered a worse fate than Smith last year when he had his thumb broken by a Johnson thunderbolt, Smith on the other hand finished his net session without much trouble. This could be a sign of things to come when Australia take on South Africa in the ODI series beginning on Friday.

Johnson was quoted saying, “I might not have said sorry [to Smith], but I just made sure he’s ok. I did get Davie Warner here a couple of years ago and felt pretty bad about it. I’m not intending to hurt the batters. When I do bowl my short ball, I am trying to practise, but I am not trying to knock their heads off.” 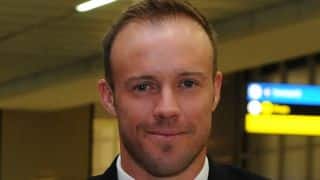