Johnson, who himself had been involved in many verbal battles, was once sledged by Stuart Broad while batting.

The 2017-18 Ashes has turned the heat on already, and to blaze it further, Mitchell Johnson recalled an anecdote from the 2009 edition. Johnson, who himself had been involved in many verbal battles, was once sledged by Stuart Broad while batting: he tagged it as the only memory of sledging he had in Ashes.

“Stuart Broad had a dig at me once when I was batting at the non-striker s end,” Johnson wrote in his column for The Telegraph. “‘You ve lost it mentally,’ he said, ‘you re still the same’. He tried to put me off my game and I did not mind that, in fact, I like it about the game. As long as it is not personal. But, Broad s comments are about all the sledging I can remember in Ashes cricket.

Body language, the key to success

Johnson revealed his key to success, shedding light on his change in body language.

“In the first half (of my career), I used to drop my shoulders and that would tell the batsmen in the middle and the ones waiting in the changing room that something was wrong. In the second half of my career, I learned it was all about good body language. I would puff my chest out, keep my head up, and if the batsman got any inside edge or something, I would let him know he was lucky.” 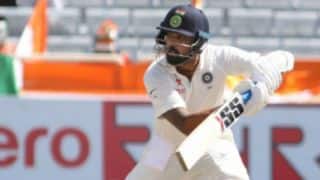 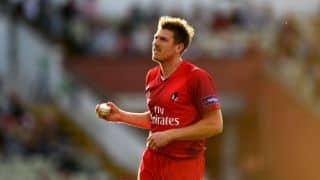