Mitchell Johnson has been cleared to resume play with KXIP.

Australian Ashes hero and pacestar Mitchell Johnson, who will be representing Kings XI Punjab in Indian Premier League season seven, has been cleared to resume play. According to CricketNDTV‘s twitter profile, he will be available for the Punjab franchise from day one.

#IPL: Mitchell Johnson has been cleared to resume playing. He will be available for Kings XI from Day 1 #KXIP #IPL2014

Earlier, Johnson was sidelined from the ICC World T20 2014 event after suffering from an injured toe.

When asked about the toe injury he suffered, Johnson replied: “I had a toe infection after the Test series in South Africa. The infection started in my foot and spread to my right leg but I caught it in time and had some antibiotics. It has gone away and I have started training — running and going to the gym. [I] should be fine to go [for the IPL].”

Johnson who also seemed optimistic about finding his way back to international cricket added: “I’m not concerned at all [about that]. I think I am at the peak of my game and don’t feel I will be making a comeback. This [injury] is totally different from what I had earlier. Back then [in 2011], I had surgery — this is just a little cut on my toe that blew up into an infection. So I don’t have to do any rehab or spend too much time away from the game.”

On questions him recovering and of whether the injury would hamper his current great form, Johnson replied: “I had surgery on my toe and was able to get away from cricket. After that, I worked on my fitness and strength, which are very important [to me]. Last year’s IPL was very exciting for me as it came just after I returned to fitness. A few things I worked on during the break were my bowling run-up, including the length. I went back to the longer run-up so that I have more rhythm and hit the crease hard. Basically, [I worked on] my fitness, my strength, run-up and the power of my bowling arm.”

On questions of whether the team composition for Punjab in IPL 7 was an ideal one, Johnson said: “I’m looking forward to the challenge of a new club. It’s a very very good team. There are some Australian players with whom I’m familiar and others who I have played against. Adam Gilchrist has played earlier for this club. I was with [Glenn] Maxwell at Mumbai in 2013 and now, both of us are back together with the Kings. Then there’s [George] Bailey, who’s getting better as a player, and obviously Shaun Marsh, with whom I have played a lot of cricket for Western Australia [WA]. Virender Sehwag, who has dominated Australia previously, is also in the squad. 2013 was my first year in the IPL and very enjoyable. Now, I’m going to have a lot more fun with the Kings.”

Johnson who also feels that Sehwag may prove to be a decisive factor for the Punjab side in the upcoming tournament concluded by saying: “I’m glad that I will be bowling to him in the nets. He will be a valuable player. With his experience, he will be able to nurture the young guys in the unit. He has got a great eye and a great record. Exciting times lie ahead.” 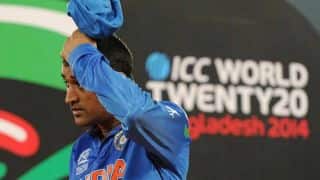 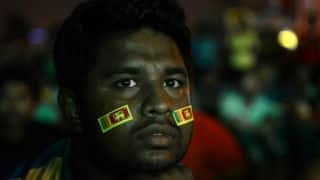