Domingo said that South Africa was encountering Mitchell Johnson ''on a hot streak''.

South Africa coach Russell Domingo has said that there was nothing that the hosts could have done to prepare for the searing pace and aggression generated by the quickest bowler in the world, Australia‘s Mitchell Johnson.

Johnson, whose destructive form was forecast after his 37 wickets in five matches led Australia’s Ashes demolition of England, took 7-68 on Friday with his fast and short-pitched bowling to rock the South Africans and put Australia on course for an opening-Test victory at the hosts’ fortress Centurion Park.

According to Sport24, Domingo said that even though their preparation has been as good as before, there is nothing that could have prepared them to pace the kind of intensity generated by Johnson, adding that such pace can never be replicated in the nets.

Domingo admitted that the No.1 Test team in the world was encountering the left-arm fast bowler ”on a hot streak”, and Johnson dismissed any subtlety regarding his intentions by saying that he had planned to ”really bang” the wicket hard against South Africa.

The bowling by Australia’s left-arm weapon was blisteringly fast in that first spell of the series, so quick that almost all of South Africa’s top order struggled badly – as most of England’s top order did in the Ashes, the report added 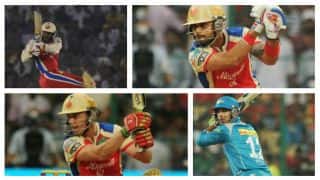