Johnson was the star performer for Australia on Day one picking three for 22 in 20 overs with 13 maidens.

Australian pacer Mitchell Johnson said that the team needs to make good use of the new ball well on Day two of the first Test against Pakistan. Johnson was the key bowler for Australia on the first day with three for 22 as Pakistan reached 219 for four at stumps on Day one despite being jolted by two quick wickets early on.

“We have to turn up and start pretty well tomorrow, the ball is still pretty new and in good condition as well, so the first couple of overs are going to be important for us in the morning. You have really got to use that new ball and make them play early on. We knew we had to focus on getting the ball up there, hit guys on the pads or get nicks early on,” Johnson was quoted as saying by the official website of Cricket Australia during the post day press conference.

Johnson and Peter Siddle had made early inroads by sending back the openers after the hosts had scored just seven. But Azhar Ali and Younis Khan shared a gritty 108-run stand to help Pakistan fight back. Azhar though got a reprieve during the partnership as Chris Rogers dropped him off Johnson’s bowling.

“I came around the wicket and bowled a ball and that was the one Rogers put down and that is the first time I thought it was really starting to go,” said Johnson hinting that the ball was reversing. “I think we will see that through the next innings as well.”

The pacer was happy with his team’s performance overall on the first day. “We thought they would come out a bit harder with the new ball to score early but it wasn’t the case and it just got harder and harder to score. We were able to use that reverse swing through the middle period quite well,” said Johnson. 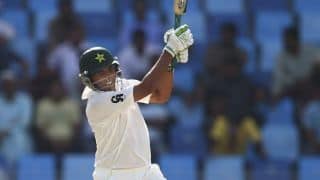 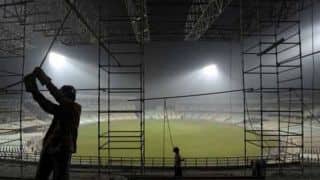 All India Public Sector Cricket Tournament to be held in Mumbai