Mitchell Johnson, the Kings XI Punjab speedster has not yet joined the team for the Champions League T20 (CLT20) 2014. Johnson is nursing a rib-injury and that has delayed his participation in the CLT20 2014. Due to this injury, Johnson has not been released by Cricket Australia (CA) for this tournament, and the decision may be taken based on how Johnson responds to treatment.

Alex Kountouris, the Australian physio told CA’s official website, “Mitch had some rib pain during the recent ODI tour of Zimbabwe. Since returning to Australia, he has had some scans that have confirmed some irritation of the tip of the rib. As such he has had a break from bowling since returning to Australia and is having regular treatment to resolve the problem. He has not fully recovered as yet and will be reviewed over the next week.”

CA official Pat Howard said, “Due to medical advice Mitch has not been released to play in the CLT20 tournament at this time. A decision on his release to play for the Kings XI will depend on how he responds to treatment.”

Punjab begin their CLT20 2014 campaign with a game against the Hobart Hurricanes on Thursday. George Bailey and Glenn Maxwell are the other Australian players in their squad. 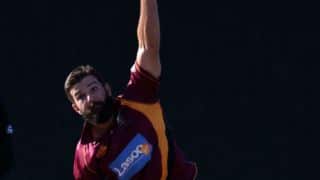 Anton Devcich reveals the secret behind the bushy beard 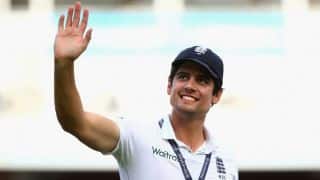