Australia all-rounder Mitchell Marsh was brought by Rising Pune Supergiant (RPS) in IPL 2017 auction for INR 4.8 crores. However, he will skip India’s premier T20 league for representing Essex in County Championship under coach Michael Di Venuto. Marsh admitted that choosing County over IPL — offering a hefty amount — was a tough decision but hoped playing more long-form cricket would aid his emerging Test career with the next Ashes campaign in England (2019).

“It was a fairly big decision from a money point of view but my ultimate goal is to play Test match cricket for Australia. That’s the lure of the IPL – the money and playing in India, but I made the decision based on my cricket. When I made that decision I didn’t really think I was going to be back there this quickly. But I’m really looking forward to the opportunity to play 14 red-ball games over there – if I can, and try and improve.

Looking forward we’ve got a lot of cricket coming up in England over the next few years and I want to give myself the best opportunity to be over there and get used to the conditions,” affirmed Marsh.

Marsh looks eager to consolidate his purple patch, and carry on from strength to strength.

A matured Marsh added, “I certainly understood that (I needed to adapt better) when we went there for the Ashes a couple of years ago (2015 edition). Playing in their conditions for a whole summer, I’ll get flat wickets, I’ll get wickets that seam and swing.

I think I’ve said it for a couple of weeks now, I’ve been a lot more relaxed with this preparation when I came back to the Test team (in Ashes 2017-18). I knew the game plan I’d have to go out there with and it was about sticking to that for as long as we needed to get the draw. Marsh, here, was referring to the drawn Boxing Day Test versus England wherein his 166-ball 29 ensured a draw for Australia.

Australia and England will meet for the fifth and final Test at SCG from January 4. The former have sealed the series, and lead 3-0. 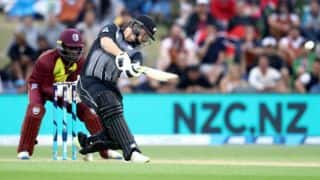 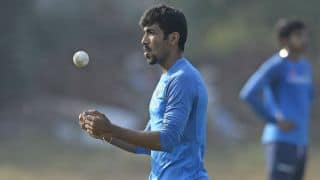