Shaun Marsh has suggested that his younger brother, Mitchell Marsh, is just “one Test innings away” from announcing himself as Australia’s current No. 1 all-rounder across formats. Marsh Junior remained unbeaten on 79 when the Australian batsmen struggled and along with Glenn Maxwell, Marsh led Australia into the final. Marsh then contributed with both bat and ball during Australia’s Tri-Series Final 2016 against West Indies where he scored a crucial 32 and later picked 3 wickets as Australia sealed the match by 58 runs. Shaun, who became a father recently and missed the series, went on to explain that “maturity” has led to Mitchell’s success. FULL CRICKET SCORECARD: West Indies vs Australia, Tri-Nation Series 2016 Final at Barbados

According to cricket.com.au, Shaun added, “He’s going really well, he’s learning every game he’s playing and maturing into the cricketer we all know Mitch can be. It’s really great to see, he finished off that tournament really well. That innings he played to get them over the line showed that maturity.”

Good work uncle mitchy, the little man is very proud of u 🙂 @mitchmarsh235

Mitchell is just 24 years old and at such a young age guiding his country to a series final was real big deal for the all-rounder, his elder brother believes. “He’s still pretty young, Mitch, he’s only 24. To have that in him to guide his country into a final, in a big game like that, against quality opposition, was a real stepping stone for him. Hopefully he can take that batting form into the Test arena now. I know he’s is just one Test innings away to get that going for him,” Shaun said.

When Mitchell finished the game for Australia in the virtual semi-final against West Indies, Shaun posted his newly born, Austin Ross’s picture saying, “Good work uncle Mitchy, the little man is very proud of u 🙂 @mitchmarsh235.” 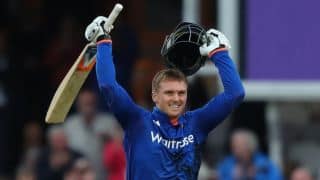 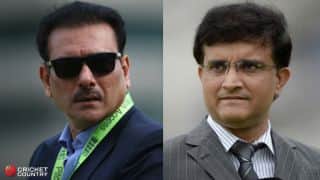