Marsh though Perth Scorchers needed 13 to win from last two balls against Dolphins.

Mitchell Marsh, who pulled off a miracle victory for Perth Scorchers by hitting two sixes off the last two balls, said that he thought he had tied the match and not won it with his hitting.

“I thought we needed 13 to win [off the final two balls]. The last time I looked at the scoreboard it showed us needing 13 and it took me a few moments to realise that it simply hadn’t caught up with the score. To be honest I thought I had stuffed up.”, Marsh was quoted as saying by cricket.com.au.

“We’ve had a big focus as a whole squad throughout the batting innings to have a clear mind and back ourselves. That’s what myself and my batting partners were talking about the whole time. Nothing changed those last two balls. I just knew I had to swing as hard as I could and watch the ball.”, he added. 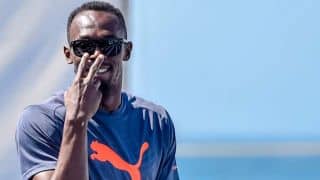