Marsh played for IPL franchise, Rising Pune Supergiants (RPS) for the past two years but his stay has been plagued with injuries.

In this day and age, when players are opting for money over skills, Australia s Mitchell Marsh has done the undoable. Marsh has opted to play in the English county season and give up on a hefty paycheck in the Indian Premier League (IPL). Marsh, whose career has been plagued with injuries, will feature of Surrey as their overseas player, replacing Kumar Sangakkara.

Marsh will reunite with former Australia batting coach, Michael di Venuto, who heads Surrey s support staff. According to Cricbuzz, Marsh was quoted, I m extremely excited to join Surrey for the 2018 season. The opportunity to challenge myself in English conditions is something I can t wait for. I have followed the team closely this year and hopefully I ll be able to contribute to some silverware, along with helping a young squad grow and improve. The opportunity to work with Michael di Venuto [Head Coach] and Alec Stewart [Director of Cricket] is also very exciting. Bring on 2018!

Marsh played for IPL franchise, Rising Pune Supergiants (RPS) for the past two years but his stay has been plagued with injuries. Imran Tahir replaced him last year after his unavailability due to injury.

Playing for Western Australia, Marsh in the ongoing One-Day domestic league has scored a hundred and a fifty already. He set an unwanted world record of losing the toss in most seven consecutive games equalling James Hopes. 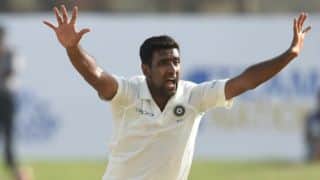