"I can't speak highly enough of the coaching staff. The selectors have continued to back me in." - Mitchell Marsh

Australia’s promising all-rounder Mitchell Marsh burst into the Test scenes against Pakistan 2 years ago. Since then, he has been an integral part of team with both bat and ball. In 15 Test matches Marsh has played so far, he plundered 437 runs at an average of 23 and scalped 25 wickets at a decent average of 34.52. Undoubtedly, these numbers do not speak volumes about his talent but has a lot to contribute to the Australian cricket in the longest format. However, Marsh has been in the sidelines last year and hardly got a chance to don Australia’s Test jersey. Moreover, he was not at his destructive best, as he failed to provide impetus in the 2 Test matches Australia played in New Zealand earlier this year. Read: Mitchell Marsh: Australia will change the way future Day-Night Tests are played

“It was certainly tough last year. Our batters had an amazing summer and I watched a lot of them make a lot of runs, which is great as a teammate because that’s all you want – your team to succeed. I had limited opportunities to score runs but when I did I didn’t quite grab them. In Test cricket you’re always under pressure to score runs, because that’s your job and that’s what you get picked for. That’s what Test cricket is all about – it’s about grabbing your opportunities first and foremost and performing for the team. I’ll be looking to do that in the future,” Marsh told cricket.com.au.

It’s been the hamstring injury that’s been holding the 24-year-old back. Nonetheless, despite not putting up a commanding show in the limited opportunities he got, selectors and coaching staff were persistent on playing him. “I can’t speak highly enough of the coaching staff. The selectors have continued to back me in, they’ve given me a great opportunity. My goal is to first and foremost succeed for myself and the team, but repay the faith the selectors and Boof (coach Darren Lehmann) have had in me. He (Lehmann) shows me a lot of support. As well as being a great coach he’s just a good mate and I really enjoy our relationship. Long may it continue and hopefully I can score a few runs for him.” Read: Dale Steyn in favour of, AB de Villiers against Day-Night Test for South Africa tour of Australia 2016-17

Of late, Australia has been juggling between all 3 formats and it becomes difficult for the players to get accustomed to different conditions and situations. “It is tough with the amount of cricket that we play, but you just learn to adapt. I think playing different formats helps your game in all areas. Whether it be T20 or Test match cricket, the more time you spend in the middle, the more games you play, the more experience you get and the more you learn about yourself as a player. I think it’s great. Certainly as a young guy in the Australian set-up every game you play for Australia you love every moment of it. The more games you play the better it is. For me, I’ve learned a lot over the past 18 months. I don’t think you stop learning as person throughout your whole life. I’ll continue to do that and hopefully I’ll keep improving,” Marsh concluded. 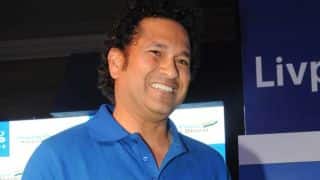 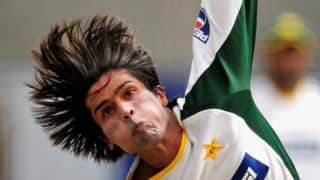