Australian all-rounder Mitchell Marsh is currently recovering from a shoulder injury and is currently out of action, as his teammates play in India.

Australian all-rounder Mitchell Marsh is currently recovering from a shoulder injury and is out of action, as his teammates play in India. However, he feels that this injury is a blessing in disguise as he gets a proper amount of layoff from the game, which would allow him to comeback stronger. Marsh would be fighting for a spot in the Australian Test side for the upcoming Ashes. Although it seems unlikely he would feature in the side, he feels that playing as a batsman in the Sheffield Shield would allow him to improve his batting skills and techniques. FULL CRICKET SCORECARD: India vs Australia 2017, 3rd T20I at Hyderabad

“It’s obviously gives me a chance to work on my batting which has been great. As soon as I’m right to go I’ll always be an all-rounder as long as I play cricket. But at the end of the day if I’m going to play cricket for Australia I have to be the sixth best batsman for Australia batting at No.6. So I understand that,” he said, as reported by The West Australian. Speaking on his brother Shaun Marsh, who is currently having a productive season in the domestic circuit, he said, “The good thing with Shaun now is he’s at a stage of his life where he’s not putting too much pressure on himself. I think the thing with the selectors and Shaun is that they know when he is in form he is one of the best players in the country. He’s obviously in great form now,” he concluded. 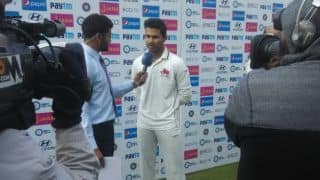 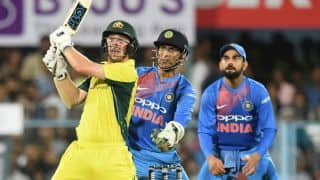