With a healing shoulder and a probable call up in Australia s Test squad on his plate, Mitchell Marsh admits that leading Western Australia is one responsibility that he wants to continue with.

With a healing shoulder and a probable call up in Australia s Test squad on his plate, Mitchell Marsh admits that leading Western Australia is one responsibility that he wants to continue with. Marsh, who has resumed batting, still feels he needs time to get his shoulder perfectly alright before getting into the national team. Looking at Australia s team combination, Marsh can find the No. 6 spot, given he starts bowling pretty soon. However, the cricketer feels to put up all-round performance, he will need more time than to impress the selectors for a place in squad for first Ashes Test. READ: Mitchell Marsh to lead Western Australia during 2017-18 season

“My shoulder’s close. I’m obviously back batting now and I’ll play for Western Australia at the start of the season for a while just as a batsman until I get my shoulder strong enough to be able to bowl and throw,” cricket.com.au quoted the 25-year-old as saying. “It’s going really well. I’ve thoroughly enjoyed a bit of time at home, as hard as it’s been to watch cricket. We’ve had a chance to get away from the game a little bit and really re-focus my goals. It’s obviously going to be a huge summer. Not just for me, but for Western Australia and Australia. I’m really looking forward to it now. I probably would have liked a bit more time to work on my game. I probably haven’t hit as many balls as I would have liked, but it’s going to have to be enough and I’m just looking forward to getting into the start of the season,” he said about his time out of the field for recovery.

Marsh is sure thrilled about the opportunity to lead Western Australia.

“For me, my biggest goal right now is to be the best leader I can for Western Australia. My only currency right now is runs and wickets, so that’s all I’m focusing on. If I do that, everything else will take care of itself.”

And, he is strengthening his game in First-Class to lend his full support to the team.

“Adding a really strong defence to my game is probably the one thing I wanted to work on. I think, while you always want to be attacking, in the longer format you’ve got to be able to keep the good balls out and that’s clearly something I haven’t been able to do in the last 12 months. So I’ve worked on that hopefully that will hold me in good stead.”

“It’s pretty open right now,” says Marsh about the all-rounder s position in Australia s squad. Realistically I’m probably going to be pushing it for that (first Ashes Test) because I haven’t even started bowling yet. I don’t really like to compare myself to other all-rounders. At the end of the day, if you’re scoring enough runs and taking wickets, you’re going to get looked at as the allrounder. That’s the only thing I can control.

I’d be lying if I said it (the Ashes) wasn’t in the back of my mind every day, he further added.

Currently, Maxwell has done a reasonable job for Australia at No.6. He scored his maiden hundred in India and played an important knock in Bangladesh’s win at Chittagong. 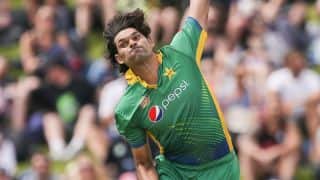 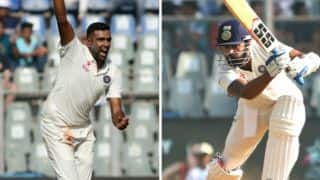