Mitchell Marsh did not break down due to lack of toughness.

Sydney: When endurance has become one of the key words in today’s physically demanding sports field, a cramping player hardly gives a good account of his fitness but during the fourth ODI, a limping Mitchell Marsh did not break down due to lack of toughness. Towards the end of India‘s chase of 349, Marsh suffered cramps but it was because he covered an extraordinary 18 kilometres during the match in Canberra. Australian players wear GPS trackers during matches, and data from the last match showed Marsh’s near half-marathon effort, which was more than the distance covered by many non- cricket Australian sports persons. FULL CRICKET SCORECARD: India vs Australia, 4th ODI at Canberra

AFL players are generally considered to have the greatest endurance of all Australian team sportspeople covering on average 12-20km every match. For soccer stars they can cover as much as 15km a game, and in the NRL and Super Rugby, research has shown the busiest players run in excess of 8.25km per game. Marsh had spent more than an hour at the crease, scoring 33 runs from 42 balls with only three boundaries, meaning there was plenty of running between the wickets. Then following a 34-run partnership with Aaron Finch and a 67-run stand alongside Steve Smith. He later returned with the ball in his hand and bowled 9.2 overs apart from running around as a fielder when Virat Kohli and Shikhar Dhawan batted. Brad Haddin, Allan Border question Mitchell Marsh’s exclusion from India vs Australia, 2nd ODI

Earlier, former Australia players Brad Haddin and Allan Border have questioned this move to rest Marsh for the second encounter against India. Haddin said that he wanted to play as many games as possible for Australia as his place could be as risk if he did not play matches in between. 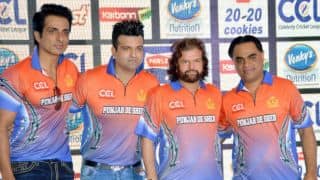 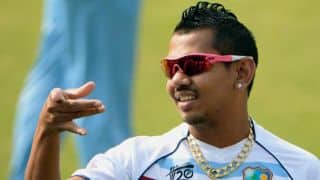