McClenaghan has played 48 ODIs and 28 T20Is for New Zealand.

Rejecting a central contract may land you in trouble, but New Zealand pacer Mitchell McClenaghan did not bother. He refused to sign the contract New Zealand Cricket Board had offered and went on to pursue his career in T20 cricket worldwide.

A decision that was said to be “mutual and amicable”, McClenaghan is hoping that it would not deter his chances of a comeback in the Kiwi side. “That’s out of my hands but I’m going to play hard cricket, that’s what I know how to do,” McClenaghan said in a report published by cricket.com.au. He further stated, “(I’m going to) go out there and prove my worth to people and hopefully they come knocking when I keep taking a whole bunch of poles and they’re a little bit stuck potentially.

“New Zealand cricket’s in a great position at the minute. We’ve got a whole bunch of bowlers coming through, a lot I’ve worked with over some time with some skills. That’s exciting as well. If the opportunity comes I wouldn’t mind taking my spot back.”

Taking about his personal growth as a bowler, he said, “It just got to a point where there was probably going to be limited opportunity first and foremost to prove my case to play Test cricket with the timing of all our one-day cricket, it clashed with all our first-class stuff.

“(It’s) probably been a blessing that I haven’t played too much first-class cricket over the last three or four years, because it’s just been non-stop white ball and I think the key particularly in white ball cricket and T20 cricket now is consistency of playing and performing your skills because it’s very hard to change across formats,” McClenaghan concluded. 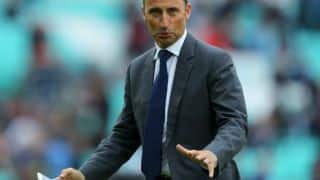