The left-arm pacer is looking at every game leading to the World Cup as a dress rehearsal.

Aggressive fast bowler Mitchell McClenaghan said New Zealand will look to play attacking cricket in the five match One Day International (ODI) series and send a message to other powerful cricketing nations by some consistent performance against world champions India.

“These guys are good players but at no point are we going to back away from a fight,” said McClenaghan, who had a slight verbal confrontation with Indian opener Rohit Sharma in the opening one-dayer in Napier.

“We’re not going to be nice to them, we’re going to get in their face and let them know that we’re here and we’re going to put our mark on the buildup to the World Cup.”

New Zealand had notched up a 24-run win in the first one-dayer to take a 1-0 lead in the five-match ODI series and McClenaghan hoped some good showings will send the right message to other top teams.

“It’s a huge series against one of the best sides in the world. Leading into a World Cup in our back yard we want to have consistency,” McClenaghan was quoted as saying in a website.

“This is our best team that we can put out on the park.

Hopefully we can let everyone know around the world that in our own back yard on our grounds and our decks we’re not to be taken lightly come 2015.”

India will take on New Zealand in the second one-dayer on Wednesday in Hamilton. 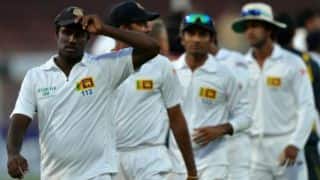