Scans have revealed that the Middlesex pacer has sustained a fracture in his pelvis and will require at least six weeks of rest.

Middlesex were dealt a huge blow on Thursday when paceman Mitchell McClenaghan was ruled out of the remainder of their NatWest T20 Blast campaign. After he complained of pain in his left hip during his team’s match against Essex at Chelmsford on June 10, the pain got worse for him in the next match against Surrey a week later. Scans have now revealed that the left-arm pacer has sustained a fracture in his pelvis and will require at least six weeks of rest. Angus Fraser, Middlesex’s managing director of cricket, told his county’s official website: “Losing Mitchell is a big blow for us. He is an outstanding white ball bowler that brings variety, skill and nouse to any side he plays for,” as quoted by Skysports.com. ALSO READ: Mitchell McClenaghan joins Middlesex in the Natwest T20 Blast

He further added – “Finding a replacement of similar quality at such short notice is proving extremely difficult. A number of international tours are scheduled in July and August and the Caribbean Premier League is about to start.

Middlesex who have won 2 matches out of 5 so far in the NatWest T20 Blast, will find it difficult to recover from the loss as McClenaghan is a top-class bowler and can even bowl in the death overs. Fraser added – “Mitchell will undoubtedly be missed but his absence gives opportunities to other bowlers on our staff. Mitchell’s misfortune could well give them the stage on which they can show people what they are capable of producing.”

McClenaghan made his T20 debut for New Zealand against South Africa in December 2012. He has 30 wickets 28 matches for his country. He has also played in the IPL for the Mumbai Indians. 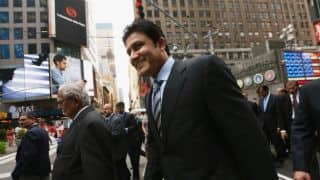 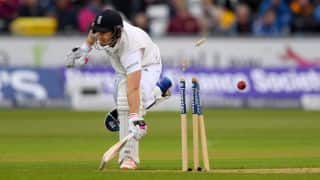