New Zealand all-rounder Mitchell Santner will miss the upcoming Test series against England to undergo knee surgery, New Zealand Cricket said Wednesday. Officials said Santner would be sidelined for six to nine months, which would also jeopardise planned stints in IPL 2018 and English county cricket. The 26-year-old was omitted from New Zealand‘s 12-man squad for the two-Test series against England starting at Eden Park on March 22. He was in fine form for the ODIs against England, hitting two half centuries. Santner was to gear up for MS Dhoni-led Chennai Super Kings (CSK) in IPL 11, starting from April 7, but his services will be missed by the franchise.

Santner had been picked up by CSK during the IPL 2018 auctions for INR 50 lakh and was expected to play a key role for the team. “It is too early to decide now. We will take a call on the replacement for Santner in due course after consulting with the head coach (Stephen Fleming) and captain (MS Dhoni),” a CSK official told PTI.

NZC said he felt some discomfort while playing and scans showed a “bone defect” had deteriorated and needed surgery.”Mitchell is a key player in all three formats for us, so we’ll certainly miss him in the upcoming series,” coach Mike Hesson said.”It’s important though that he gets this fixed and we have him back for what is a big next 18 months for us.”There was some good news for New Zealand, with wicketkeeper BJ Watling returning from a hip injury.

Batsman Ross Taylor was also named in the squad after missing the final ODI against England following a thigh injury that was aggravated during the previous match when he scored 181.”BJ is a proven performer at Test level for us and brings a lot to the group both on and off the field,” selector Gavin Larsen said.

Spinning all-rounder Todd Astle has also been called into the squad as a like-for-like replacement for Santner. 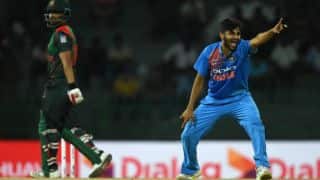 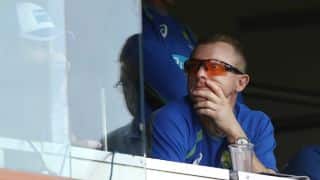