CA has announced a four-pronged pace battery comprising the likes of Hazlewood, Cummins, Pattinson besides Starc for the ICC Champions Trophy 2017.

Brisbane; Left-arm quick Mitchell Starc, who resumed bowling on Friday after a foot injury that cut short his India Test tour, said he is excited at the prospect of playing alongside fellow pacers Josh Hazlewood, Pat Cummins and James Pattinson in the same XI for the first time in international cricket. Cricket Australia (CA) has announced a four-pronged pace battery comprising the likes of Hazlewood, Cummins, Pattinson besides Starc for the upcoming Champions Trophy. The 27-year-old Starc bowled off a shortened approach of around six steps on Friday morning and is confident of charging in off his full run-up as early as next week.

He is eyeing one of Australia‘s Champions Trophy warm-up matches against Sri Lanka on May 26 and Pakistan on May 29 to return to action before their tournament opener against New Zealand at Edgbaston on June 2. “It’s really exciting, not only for the Champions Trophy but also for the rest of the summer if we can stay fit and keep playing cricket,” Starc was quoted as saying by cricket.com.au. “The four of us have spent a lot of time around each other and we have a close friendship. If there’s a stage when we can unleash the four of us in the same game [in the Champions Trophy] and then looking forward to the Ashes, if the same can happen there with four steaming quicks and Nathan Lyon being the spinner, it’d be really exciting,” he added. 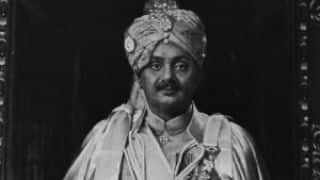 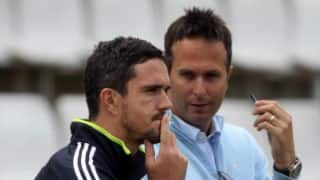