Pollard and Starc were involved in an ugly on-field spat in IPL 2014.

Mitchell Starc, the Royal Challengers Bangalore has spoken about his on-field tiff with Kieron Pollard in their Indian Premier League (IPL) 2014 match against the Mumbai Indians earlier this month. Starc said that he hasn’t spoken to Pollard after the infamous incident and that he has no time for him. When Mumbai played Bangalore at the Wankhede Stadium, the duo was involved in an ugly spat that saw Starc angle a delivery into Pollard as he withdrew from the crease. Pollard then threw his bat to the ground as tempers soared.

Speaking to Times of India, Starc said, “Kieron’s done a lot in the past and I don’t think it is worth talking about. There’s nothing nice to say about it.” When asked if he has spoken to Pollard after the incident, Starc said, “No. I’ve got no time for Pollard and I haven’t talked to him at all.”

Starc was also asked about the possibility of red cards and yellow cards coming into cricket, taking a leaf from football. Starc said, “That sort of situation would probably warrant yellow and red cards if it ever comes to that. But I’m definitely staying out of that sort of thing anyway. It’s not in my nature to get involved in that sort of stuff.”

After the incident, Pollard was fined 75 percent of his match fees and Starc was fined 50 percent. It was an ugly incident and many called for more severe punishments on the duo for the ill-tempered display. 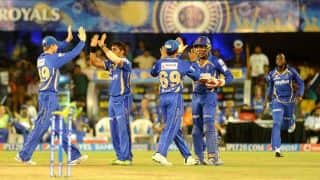 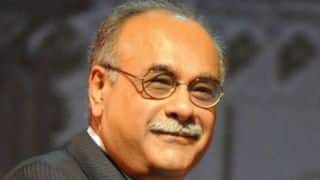