Mitchell Starc may get fit to play in the cash-rich IPL but CA may not allow the left-arm speedster play in the tournament.

Perth: Australia‘s pace spearhead Mitchell Starc may get fit to play in the cash-rich Indian Premier League (IPL) but Cricket Australia (CA) may not allow the left-arm speedster play in a tournament that has cramped itinerary. Starc underwent ankle surgery just before Christmas and is now undergoing a rehabilitation process. He is likely to miss the World T20 but indicated that he may be available for the IPL in April. “That could be a possibility [playing in the IPL]. I don’t know at this stage. Again, it comes back to when I start bowling and how [the ankle] reacts to the bowling back on it again,” Starc was quoted as saying by ‘Perth Now’. Mitchell Starc uncertain on comeback timeframe, will miss ICC World T20 2016

“I guess there is no real time frame. There is the West Indies tri-series after that as well. There’s cricket all throughout the year. I don’t want to rush it. I want to make sure it’s 100 per cent because I’ve been rushed back before and been dropped after a game. I’ll make sure it s 100 per cent before I play my first game.” But the paper also stated that CA might not allow Starc to return during the IPL.

“Shane Watson always felt the IPL was an ideal platform to build his body up with bowling loads, however CA are unlikely to risk his involvement in the helter-skelter tournament. Despite the riches on offer for players at the IPL, Cricket Australia is uncompromising in making international cricket the priority,” the paper stated. 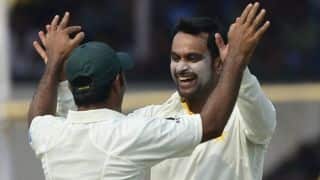 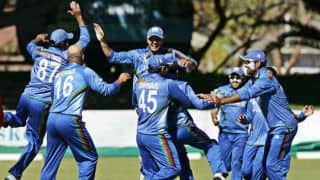