Starc needs to prove that "he suffered a single, sudden and unexpected event which occurred at an identifiable time and place". 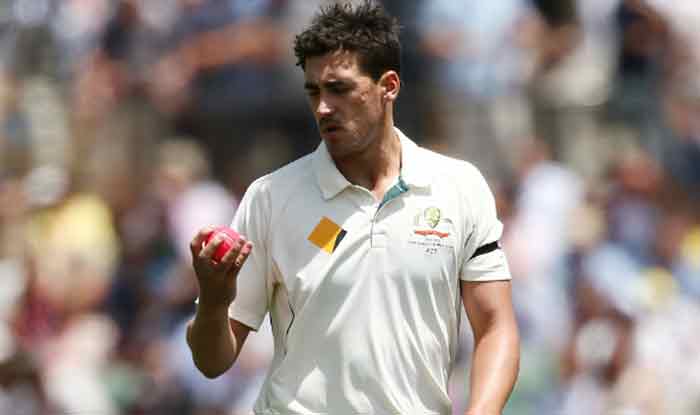 Australian pacer Mitchell Starc has furnished video footage of the second Test against South Africa in 2018 to prove that he got injured in real-time and deserves an insurance payout of USD 1.53 million for losing his IPL deal with Kolkata Knight Riders. The Aussie left-arm quick has now provided video footage for the same to back his claim that he got injured. This evidence has been presented to help to get an insurance payout for losing his IPL contract with Kolkata Knight Riders.

Starc had filed a lawsuit against his insurers in April last year. The insurers, however, had disputed the timing of the injury in second Test at Port Elizabeth. The ‘Sydney Morning Herald’ reported that civil trial has been rescheduled to August 12 after mediation talks broke down last month when Starc’s manager Andrew Fraser provided footage from Fox Sports of the speedster bowling in the second Test.

The left-arm pacer had bagged a USD 1.8 million contract ahead of the 2018 edition of IPL.

“The delay came after lawyers for the insurers argued they did not have enough time to assess the footage from March 10, one clip lasting one minute 37 seconds, and the second 7:25 minutes,” the newspaper report said.

However, Starc’s legal team argued that the insurers had 13 months to “review the case and seek footage.”

Starc needs to prove that “he suffered a single, sudden and unexpected event which occurred at an identifiable time and place”.

Starc had gone on to play the third Test of the series. Both sides have filed medical reports claiming the opposite.

Starc took the help of orthopedic surgeon Russel Miller, who said the injury was “complex and multifactorial” but “it is likely, on the balance of probabilities, that at specific injury occurred on 10/03/2018 which was associated with extreme physical activity including bowling on a pitch with uneven footmarks’.”

Doctor Seamus Dalton, on behalf of the insurer, said: “In my opinion, the plaintiff did not suffer an injury or accident on 10 March 2018. Mr Starc became aware of the onset of right posterior and postero-lateral calf pain during the course of the second Test. Onset appears to have been gradual and symptoms continued over the course of the Test.”