Thrilled to be on Vogue cover with shahrukh khan and neeta ambani for 10th anniversary issue. Thank you @vogueindia for this glamourous moment off the field..

Mithali is wearing a gorgeous black Johanna Ortiz jumpsuit in the cover. Apart from appearing on the cover of leading fashion magazine, Mithali was also awarded Vogue Sportsperson of the Year.

On Tuesday, Viacom 18 Motion Pictures announced that a biopic narrating Mithali s life story would be out soon. Mithali is hoping the biopic would inspire young girls to explore the sport as a career. The association between Viacom18 Motion Pictures and Mithali Raj has been facilitated by Varun Chopra Director, Medallin Sports.

Mithali Raj is the highest run-scorer in women s ODI cricket and the only woman cricketer to surpass 6,000 runs. She is also the first player to score 7 consecutive 50s in ODIs, apart from being the first Indian to have led the national team to an ICC World Cup final twice 2005 and 2017. An Arjuna awardee, Mithali was also honoured with the Padma Shri in 2015, India s fourth highest civilian award for her contribution to cricket. 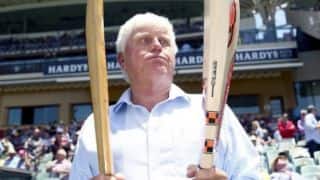 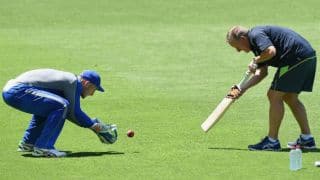