The membership cards to the trio were presented by Premal Udani, the Club President.

Mithali Raj, Jhulan Goswami, Harmanpreet Kaur who are in Mumbai for the T20 tri-series involving England and Australia, were conferred with The Cricket Club of India (CCI) memberships on Friday evening. The Indian ODI skipper Mithali is presently the leading run-getter in ODIs while Jhulan rules the bowling charts. However, Jhulan had missed the T20I series against South Africa and ODI series against Australia recently due to heel injury. Rumeli Dhar was called as replacement for the veteran.

Harmanpreet, on the other hand, convincingly won the T20I series against South Africa with new bunch of girls that included Jemimah Rodrigues, Radha Yadav, Pooja Vastrakar and Tanya Bhatia. The membership cards to the trio were presented by Premal Udani, the Club President, in the presence of BCCI GM Game Development Prof. Ratnakar Shetty and CoA member Diana Edulji, as mentioned on Sportstarlive.

India s South Africa tour success was halted by Australia who walked through the host clinching the three-match ODI series by 3-0 last week.

The Indian Eves had a tough start to the T20I tri-series as well losing their first match against Australia on Thursday. Their next match will be up against England on Sunday at Brabourne Stadium. 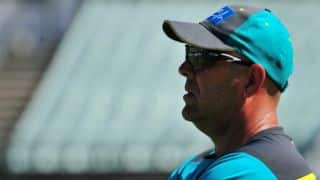