Indian women's cricket team skipper Mithali Raj on Thursday picked her deputy Harmanpreet Kaur and youngsters Smriti Mandhana and Deepti Sharma to succeed her when she decides to quit the game.

New Delhi, July 27: Indian women‘s cricket team skipper Mithali Raj on Thursday picked her deputy Harmanpreet Kaur and youngsters Smriti Mandhana and Deepti Sharma to succeed her when she decides to quit the game. Mithali, who recently led the Indian eves to the final of the ICC World Cup which they lost to hosts England in the summit clash at Lord’s admitted that she still has two-three years of cricket left in her and added that the next focus is on the ICC Women’s World T20 in the West Indies next year. Mithali Raj: It is for BCCI to decide on women s IPL

“As a player grows and gains experience at the international level, each one of them becomes a leader in their own respect,” Mithali said. “Harmanpreet is there now, there might be Deepti Sharma, Smriti Mandhana…you never know whose destiny takes them, but this bunch of players has the ability to take up the challenge whenever it’s given to them,” Mithali told reporters here during the BCCI’s felicitation ceremony here.

Commenting on her future at the international cricket, the 34-year-old skipper said: “As a player you want to continue but it all boils down to fitness and form. No one knows what happens in the next four years as the next 50-over World Cup is in 2021. But the focus now is on preparing for the ICC World T20 next year. I still feel that I have 2-3 years to serve the team and for this country.”

Mithali, who has played just 10 Tests in her 18-year long international career also stressed the importance of playing the traditional format, which she termed as “ultimate test” for any cricketer.

“A Test match is the ultimate challenge for every cricketer as it tests a player’s temperament, skills, and endurance level. It is very important to promote women’s Test matches but with the advent of T20 every cricket board wants to promote and market it in their own way.”

Mithali said, “T20 and ODI are still the ideal formats to market but it is only Test cricket that can give you quality players. There must be a proper balance between Tests and limited overs cricket but the Indian board alone can’t do it. The other boards also need to be ready to play Tests.”

Mithali also hailed her side for giving a fight before narrowly going down in the final against England.

“I feel it’s a very big achievement by the side. No one expected us to reach the final and on that day, we restricted the home side to a decent total and then built a good partnership during the chase, which I take as a positive.”

“Definitely, a win would have felt better but I am happy with their effort. I am proud that we lost after giving a fight,” she added.

“Playing in the Big Bash was a great experience for me and Smriti. I hope all the other Indian players get a chance in such leagues which will help in their overall development. Participating in such tournaments also does a world of good to a player’s confidence level,” Harmanpreet said.

“I hope the BCCI also considers such a tournament here where we can share the dressing room with the foreign players and learn a lot,” she added. 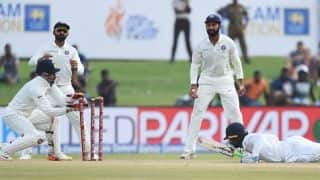 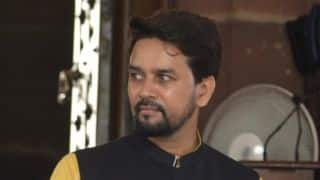