"Generally, Mithali (Raj) di is very calm, but today even she was a bit nervous, we were all remembering the World Cup final" - Smriti Mandhana.

India Women have surely learnt few tough lessons post their heart-breaking 2017 World Cup final defeat to England. It was evident after the Eves pulled off a heist to beat the reigning world champions in the first of the three-match ODIs at Nagpur on Friday. Chasing 207, they lost six wickets for 24 runs similar to World Cup final wherein they lost the last seven wickets for 28 runs but managed to go past the finish line this time around courtest Ekta Bisht and Poonam Yadav. Both skipper Mithali Raj and opener Smriti Mandhana accepted that pictures from World Cup defeat were fresh, and came across their minds before the victory was ensured.

Mithali stated the team understands the need for bowlers to bat as much as possible. She said,”Yeah, it did. Because at one point we needed 35 (sic) runs and that’s when Smriti got out. But we still had five wickets in hand. I think what the tail did not manage at the World Cup final they managed to do today. Quite proud of Poonam (Yadav) and Ekta Bisht, who held their nerves at crucial times and got us through. It was an eye-opener for all of us to know that though we have a top order in place we require a lower middle-order and the tail to contribute in such games where we get a start but somewhere in the middle overs if we lose back-to-back wickets it is important that the bowlers score runs.”

Showering praise on spin duo, Poonam and Ekta, Mithali added, “Poonam bowled really well; got us the back into the game. At one point when the England openers were going really well, she got us those three wickets in a couple of overs, and that put the brakes on the runs.”

On the other hand, Smriti scored 86 and made a more-than-handy contribution in a low-scoring thriller. She regarded her innings as the “slowest”, but is happy to let go off the demons of World Cup final at Lord’s. “It was a very different innings for me. I have never played this slow ever in my life, but I had to play according to the condition. We were chasing 207, so I thought it was really important for me to bat throughout. Being a left-hander it would be hard for the other bowlers to bowl on a length. I have been timing the ball really well in the nets and that is what I have been applying in the match also. My coach always says that whenever you are in good form you have to make it count because when the runs are not coming that time the scores should speak,” opined Smriti.

Smriti concluded by saying, “Everyone was nervous today. Generally, Mithali di is very calm, but today even she was a bit nervous, we were all remembering the World Cup final. The way Poonam and Ekta di finished it was brilliant.” 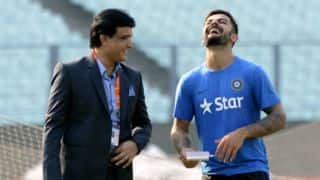 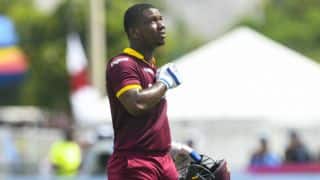