England are due to travel to Australia on October 28, with the first of five Tests against their arch-rivals set to start in Brisbane on November 23.

Moeen Ali says England can still win the Ashes on enemy turf even if talismanic all-rounder Ben Stokes is not in the party that travels to Australia. Stokes was arrested earlier this week on suspicion of causing actual bodily harm and suspended from internationals until further notice following an apparent fight outside a nightclub. The Test vice-captain was included in the Ashes squad despite reportedly injuring his hand in the incident that led to his arrest but there are doubts around whether he will be on the plane to Australia. The 26-year-old Durham all-rounder was released without charge but remains under investigation.

Ali, speaking after England wrapped up their summer schedule with a nine-wicket win against a poor West Indies side in Southampton on Friday, acknowledged Stokes’s importance but said they could win without him.”We all know how good a cricketer he is, what he can bring to the table and he’s one of the main players that we have, so it would be great to have him out there but let’s see what happens,” he said.”If he’s not there then we’re going to have to play well without him so I definitely feel that we can still win.”

Ali, named man of the series against the West Indies, said he was looking forward to the challenge of retaining the Ashes. England won the series when it was last held at home in 2015 but have lost two of the past three series in Australia 5-0.”The wickets are actually really good out there,” said the 30-year-old off-spinner, who hit England’s second-fastest ODI hundred off just 53 balls in the third ODI against the West Indies.”I feel when you get in it feels like it’s a good place to bat. The ball doesn’t obviously swing as much. Hopefully I can come in, whatever number I come in I can express myself and change the way I play. I’m going to have to change a couple of things.”

England may have enjoyed Test series wins over South Africa (3-1) and West Indies (2-1) in the past few months but they ended their home Test campaign pretty much where they started it — with doubts over a number of positions at the top of the batting order. There were Ashes recalls this week for middle-order batsmen James Vince and Gary Ballance despite the pair’s struggles during their previous Test stints. The absence of Stokes could mean a move up the order for the elegant Ali, who usually bats at number eight in Tests but he said he would be comfortable with that.

“Number eight is somewhere I’m kind of used to at the moment but if I’m told to bat seven I feel I’m capable of doing well and hopefully can show that I can go out there and play against their bowlers, play well against them,” he said.”I can’t wait,” he added. “Genuinely I can’t wait. I’m very, very excited. It’s something that when you’re a young county player you’re always thinking you’d love to be on that sort of tour. I never, ever thought I’d be on a tour like this so to be going I’m very, very fortunate and I know that hopefully we’ll go out there and perform and win the Ashes.”

England are due to travel to Australia on October 28, with the first of five Tests against their arch-rivals set to start in Brisbane on November 23. 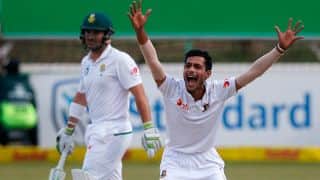 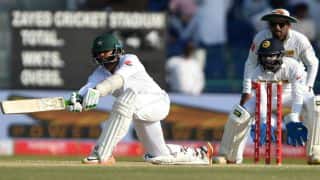