Moeen Ali: Have scored couple of hat-tricks in football but never in cricket

Moeen Ali: Have scored couple of hat-tricks in football but never in cricket

Moeen Ali could not have chosen a grander occasion to script his maiden hat-trick in cricket.

Moeen Ali could not have chosen a grander occasion to script his maiden hat-trick in cricket. Moeen’s hat-trick sealed England’s 239-run win in the third Test against South Africa at The Oval, which saw its 100th Test being played over the past few days. It was the 14th hat-trick by an Englishman in Test cricket and the first in the The Oval’s 127-year history. Moeen also became the first England spinner to take a hat-trick after The Wars. ALSO READ: Moeen becomes first ENG spinner to take hat-trick after World Wars

Dean Elgar did his best to prevent England going 2-1 up in this four-match series with a gutsy innings of 136. However, he was the first of Moeen’s hat-trick victims when he edged a drifting delivery to Ben Stokes at first slip. Kagiso Rabada walked out in similar fashion next ball and that was the end of the over.

The South African tail survived the next over from Stokes and Moeen struck in his first delivery of the next over, trapping Morne Morkel leg before. Umpire had ruled it in favour of the batter but what followed were elated scenes after the on-field decision was turned down and Morkel was adjudged out. Set a mammoth 492, South Africa were all out for 252 after lunch on the final day.

“I’ve never taken a hat-trick in any sort of cricket. I’ve scored a few hat-tricks in football warm-ups, but this is a different sort of feeling … a better feeling,” said Moeen.

England captain Joe Root added: “It was a special way to finish, and quite a fitting one in the 100th Test here, and summed up a really good week for us.”

Moeen picked up figures of 4 for 45 and Root explained that the 30-year-old off-spinner prefers the feeling: “Mo quite likes having that feeling of having maybe a little bit less pressure. When we need to take wickets in the fourth innings of a Test match, he’s able to do it,” Root added.

Root and his side have been severely criticised in recent times for their shambolic defeat at Trent Bridge. It was Stokes’ hundred, a Man-of-the-Match effort, that placed England in a commanding position for the Oval win. Though Root is pleased, he believes the side hasn’t done everything right in this series.

“It was obviously a difficult week up in Nottingham, but the way the guys responded and character they showed to come back was outstanding. We’ve not done things by halves so far in this series,” Root admitted. It’s just important that we take (with us) the way we’ve played this week, especially the way we batted, which I thought was exceptional,” said Root, who knows that if South Africa bag a win at Manchester then the series will end levelled at 2-2.

Speaking about Stokes, Root added, “He thinks really well and he’s got a great cricket brain, which he doesn’t always get a lot of credit for. He’s a person you know you can turn to under pressure to wrest a game back in your favour.”

Elgar’s century was the only saving grace for South Africa in the second innings. He tried really hard to ensure a draw and throughout the day coped with physical and verbal blows from the Englishmen. However, the gutsy left-hander did not mind that.

“It’s part of the game: you have to roll with the punches and take the blows when they come your way,” he said. “England are a big huff-and-puff bowling attack and when they are on top, they are definitely going to bring their mouths as well. If the shoe was on the other foot I’m sure we’d be doing the same thing,” said Elgar before insisting that he “enjoyed” the verbal duels. 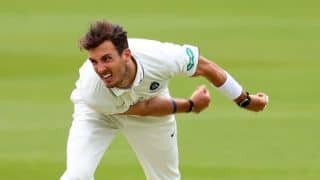 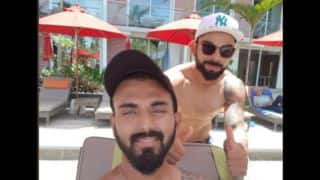