England are being steadied by Joe Root and Moeen Ali on Day Five of the second Test between England and India at Lord’s. England are facing a target of 319 against India on the final day and are four down now. They had lost all four wickets last evening and now they are batting to have a chance.

This morning, they have been good though. They may have played and missed, a couple of edges have not carried, but they have been solid otherwise. Ravindra Jadeja has been bowling threateningly and MS Dhoni has kept standing back. India need a wicket soon as a few nervous moments may invoke memories of Johannesburg and Wellington. 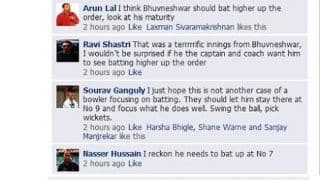