Moeen Ali spun England to an innings and 91 runs victory over South Africa after picking up wickets in successive overs.

Pietermaritzburg: Moeen Ali took two crucial wickets in successive overs as the touring England team romped to an innings and 91 runs victory over South Africa A at the City Oval on Tuesday.  Off-spinner Ali took six for 77 as South Africa A were bowled out for 187 on the third and final day to complete an impressive performance by the tourists ahead of the first Test against South Africa, starting in Durban on Saturday. Left-arm fast bowler Mark Footitt had nightwatchman Marchant de Lange caught at short leg off the first ball of the day to reduce the South African second string to 35 for three. ALSO READ: Joe Root urges England to play extremely well against South Africa

Left-handers Rilee Rossouw and Quinton de Kock put on 67 for the fourth wicket before Ali trapped De Kock leg before wicket for 53, made off 64 balls with ten fours. In his next over, Ali dismissed Rossouw in the same manner for 32. The rest of the batting crumbled, with Steven Finn dismissing Omphile Ramela and Khaya Zondo without scoring in the following over. The match concluded a highly satisfactory build-up for England. All of their probable top six batsmen made at least one half-century during the team’s two three-day matches, while four went on to make centuries. ALSO READ:Cook, Root hit centuries for England in tour game against South Africa A

With the exception of James Anderson, who was given a light workload and rested from the second match, all the bowlers had good workouts in match situations and enjoyed some success. 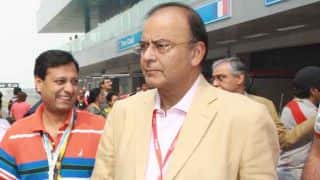