England all-rounder Moeen Ali will lead the Birmingham Phoenix men's team in the inaugural edition of 'The Hundred' slated to be played next year, the tournament's official website confirmed on Tuesday.

England all-rounder Moeen Ali will lead the Birmingham Phoenix men’s team in the inaugural edition of ‘The Hundred’ slated to be played next year, the tournament’s official website confirmed on Tuesday.

The 32-year-old player said that it is a great honour and he is looking forward to playing for the side in the tournament.

“It means a lot. Being from Birmingham in a new tournament, a new way of playing the game, I am very excited. I cannot wait,” Ali said.

He added that the Birmingham Phoenix is a good side in terms of experience and said it will be fun playing alongside a “friend” like Ravi Bopara.

“I have some good friends in the side. Someone like Ravi (Bopara) who I played a lot with when I first played for England. It is a great side in terms of experience and there is a lot of youth as well,” he said.

The new white-ball cricket is a 100-ball per innings format. In the matches, a change of end will take place after ten balls and bowlers can deliver either five or ten consecutive balls.

Each bowler can deliver a maximum of 20 balls per game and each bowling side gets a strategic timeout of up to two and a half minutes.

Moreover, ‘The Hundred’ tournament will have a 25-ball powerplay start for each team and two fielders will be allowed outside of the initial 30-yard circle during the powerplay.

These playing conditions have been recommended by ECB’s Cricket Committee. 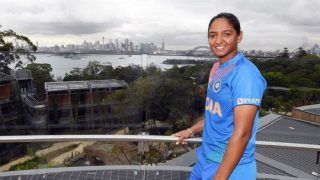