Moeen Ali didn't want the case against an Australian player who allegedly called him 'Osama' during Ashes 2015 to be pursued any further, England coach Trevor Bayliss has said.

Moeen Ali didn’t want the case against an Australian player who allegedly called him ‘Osama’ during Ashes 2015 to be pursued any further, England coach Trevor Bayliss has said. After informing his teammates of the issue, Moeen talked them into not escalating the matter.

In his soon to be released autobiography, Moeen has written that an Australian player referred to him as ‘Osama’ a reference to terrorist Osama bin Laden. The player in question later denied making the comment when confronted by the then Australian coach Darren Lehmann.

Bayliss, who is in Australia, told Sydney Daily Telegraph that Moeen at that time wanted the matter to be resolved between the two teams and not being taken to a higher authority. “He didn’t want it to go any further. He was happy for it (the matter to be sorted between the two teams),” Bayliss said. “He’s a very softly spoken sort of a bloke. He doesn’t want to create too many problems for anyone. There were other players in the team who wanted to take it further but he talked them into not taking it any further.”

After Lehmann was informed of the matter, he questioned his player who, in turn said, he said ‘part-timer’ and not Osama as Moeen claimed.

Bayliss said he didn’t hear from Lehmann after England raised the issue with him but they expected the Australian to deal with it. “Well I didn t get a response. I just left it with Darren to sort out one way or the other. I didn t hear any response, but everything was dealt with then.

Cricket Australia on Saturday said it will seek further information from England and Wales Cricket Board (ECB) on the allegations. However, Bayliss feels that the issue should be left for good.

“I’m not going to make too much of it. It was bloody three years ago, let s move on. (Cricket Australia) can do what they like I suppose everyone has sort of forgotten about it and moved on since then. I don t see it as any real big deal.

It was a hard-fought series. But no, I thought (relations between the two teams) were OK. You’re not party to what goes on out on the field and certainly nothing else was reported or anything through that series so we just left it at that,” he said. 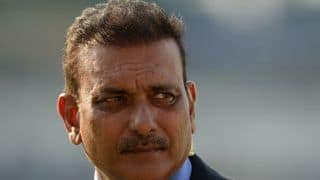