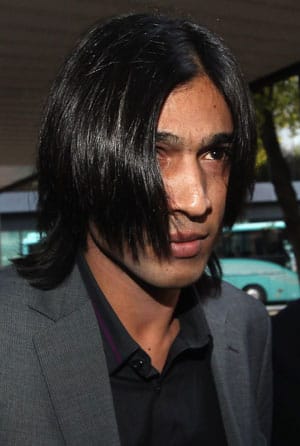 Latif though agreed that crown court judge did show some leniency in sentencing Aamer to just six months imprisonment.

“I have no sympathy for Aamer for what he did but let us not forget he is very young and he did repent. He confessed to his crime. He deserved a lighter sentence,” said Latif.

“Aamer’s lighter sentence could have also sent the right signals to other players, who are willing to confess and speak the truth or who simply want to get out of the betting or fixing nexus,” he added.

Latif also said that by sentencing Aamer the court has discouraged other players from coming forward.

The former wicketkeeper-batsman, known for his role in exposing the nexus between some Pakistani players and bookmakers in 1994-95, said the recent spot-fixing scandal involving Salman Butt, Mohammad Asif, Aamer and their agent Mazhar Majeed must be used as a catalyst to clean up the game.

“I think the ICC and member boards need to recognise this (clearing the fixing menace in cricket) would not be possible without the help of players who are willing to plead guilty or blow the whistle on fixing incidents and rackets they know about,” he insisted.

The 43-year-old cricketer also added that the ICC and member boards needed to launch a witness protection, amnesty and rewards program for such players who are willing to come clean and speak the truth.

“It is fine that the court has jailed these players and Mazhar Majeed but one needs to understand the problem of fixing run deeps in cricket and can’t be eradicated by this decision alone.

“People also need to understand that with so much cricket being played these days and telecast it is next to impossible for the ICC’s Anti-corruption and Security Unit to keep a watch on every match,” said Latif.

He pointed out that even football’s world governing body, FIFA had spoken about having a witnesses protection program, amnesty and rewards for players who blow the whistle on fixing.

“Something similar needs to be done in cricket. The spot-fixing convictions will put a lid on this practice but only for the time being. To achieve a long term goal, Aamer should have been persuaded to reveal the hidden hands that control this nexus between players, bookies and fixers.”

Noting that the biggest bettings were done through the television channel that showed live matches, Latif said that the broadcasters and the cricket boards must have an agreement for delayed transmission of about 30 seconds of live matches.

“In cases where many channels are telecasting the same match, the dissimilarities in telecast time is obvious and the channel which shows pictures without delay is used by this betting mafia.

“Live telecast is somewhat a problem, and I am convinced that only a 30-second delay in the telecast would kill the spot-fixing,” Latif insisted.

“The delay in a telecast is not possible under the existing agreement between cricket boards and broadcasters (TV, radio etc), which emphasises on an immediate telecast, therefore this bilateral accord needs to be revisited.

“But it is the best short-term solution available to curb the spot-fixing, the authorities should at least give it a try,” he added.

Latif also once again pushed for the inclusion of former players on the ICC Anti-Corruption Unit. (PTI)