Mohammad Aamer uncertain about his future

Mohammad Aamer uncertain about his future

Pakistan's disgraced pacer Mohammad Aamer, who made a quiet return home on Sunday, admitted that he remains uncertain and unsure about his future. 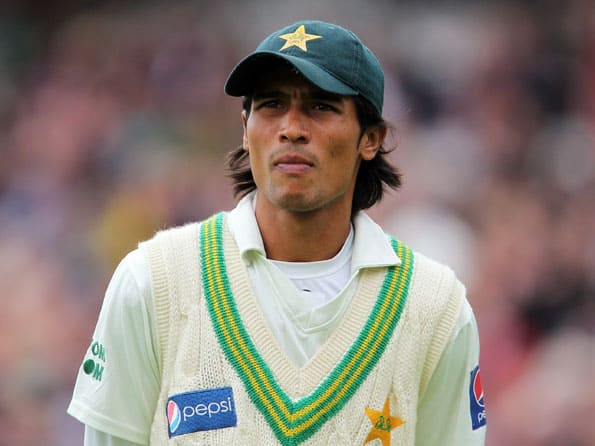 Pakistan’s disgraced pacer Mohammad Aamer, who made a quiet return home on Sunday, admitted that he remains uncertain and unsure about his future.

Aamer, banned and jailed for spot-fixing, avoided speaking to media on his arrival at Allama Iqbal international airport and also at his home in Defence Housing Authority but he told ‘Geo News’ channel that he was not sure about his future.

“I am uncertain about my future. The last one and half year have been hell for me. I have missed my family and now I just want to spend maximum time with them now that I am returning home,” the 19-year-old pace bowler told the channel before boarding his flight from London for Lahore.

The Pakistan Cricket Board has already made it clear that while it wanted the youngster to undergo rehabilitation and counseling, it had no plans to show any leniency to him and he would not be allowed to take part in any cricket activity at all.

“He will not even be allowed to use any of our facilities anywhere in Pakistan even for training,” a board official said.

But insiders in the Board have told PTI that PCB Chairman Zaka Ashraf and other senior members of the management wanted to find a way out to get the ICC to reduce the five year ban on Aamer.

“The Board believes he can be reformed and still has a lot to give to Pakistan cricket as a player in the near future. The Board does not want to waste a precious talent like him,” one source said.

Some former Test players have also appealed for some leniency to be shown to Aamer as he has now completed his jail term of three months passed by a crown court in London.

“I think he definitely needs to be undergo rehabilitation and get counseling. But the PCB must find a way to get clearance from the ICC to at least allow him to resume playing domestic cricket in a year or two,” former captain Rashid Latif said.

He pointed out that Aamer was very young when he got involved in the spot-fixing scandal and deserved a chance to redeem himself.

“I just don’t want to see a situation where the Board completely abandons him. They must keep an eye on him and work to get him back into cricket after his proper rehabilitation,” Latif said.

“He has served a jail term. He is under ban. I think in a few months time when he is reformed he must be given a chance to redeem himself and his reputation. He can still give a lot to Pakistan cricket,” Akhtar said.

Former Test spinner Iqbal Qasim felt the PCB needed to handle the Aamer issue sensitively and in conjunction with the ICC.

“I just say he is a precious talent don’t waste him but don?t rush him back into cricket he must first be made to realize and repent the harm he has done to his country and team.”(PTI)