Inzamam's announcement comes in the wake of Amir's struggles in ODIs.

Inzamam Ul Haq, the chief selector of the Pakistan Cricket Board has pointed out that Mohammad Amir may no longer be an automatic selection for Pakistan moving forward. The announcement comes in the wake of Amir’s struggles in limited-overs format.

The left-arm pacer was dropped last year before Pakistan’s Test series against Australia and was recalled only during limited-overs leg against South Africa, where he picked up two wickets from three games while giving away 102 runs in three ODIs and returned 3 for 27 in the one T20I game.

“Amir might not be an automatic selection at this stage but he is a very good bowler and there is no doubt it,” Inzamam told ESPNcricinfo. “Unfortunately, he is not looking in his best form. He has enough time for the World Cup, he will be back in the rhythm.”

During the Test series however, Amir was the leading wicket-taker with 12 wickets at an average of 23.58. Since January of 2018, Amir has struggled in ODIs, claiming just five wickets in 13 matches at an average of 80.8. With the five-match series against Australia coming up, Amir is likely to be given an opportunity as Inzamam hopes to see the left-armer regain momentum before the World Cup.

Pakistan are likely to rest captain Sarfraz Ahmed in order to give him enough rest for the World Cup and Shoaib Malik is expected to lead Pakistan in the five-match ODI series against Australia. With players participating in the Pakistan Super League, Inzamam explained how it is important to give break to few Pakistan key players ahead of the ICC eventg starting May 30 in England.

“This is my idea [to rest Sarfaraz] and a few others. Our players have been playing for quite long time, Asia Cup [in September 2018], then the series against Australia, New Zealand, South Africa and then straightaway PSL. After PSL there’s no time. There’s the Australia series then there’s Pakistan Cup at home and the England tour.

“I don’t think players should play for that long. So I am resting those who are under a lot of stress from last five months and playing in all three formats,” Inzamam said.

“If you enter in any event, I have strong belief that you should go with fresh legs, fresh minds, instead of having injuries like stiff backs, shoulder injury, elbow problem or hamstring injury. I don’t think we should enter into such a big tournament like this. We have to enter the tournament with players who are 100 percent fit and fresh both physically and mentally. Within two months of time, starting from England series, we have to play around 20 to 21 games and it will be a hectic outing to England including practice matches.” 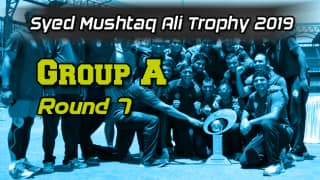