Mohammad Asif: Important for Pakistan to have bilateral ties with India

Mohammad Asif: Important for Pakistan to have bilateral ties with India

Disgraced pacer Mohammad Asif has said it was very important for the Pakistan Cricket Board (PCB) to have bilateral cricketing ties with India as it could generate revenues that would help improve Pakistan cricket. 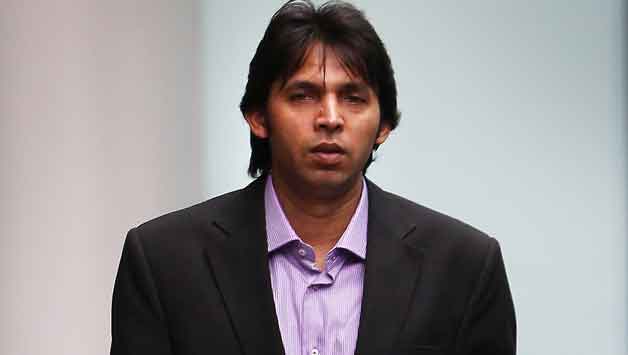 Disgraced pacer Mohammad Asif has said it was very important for the Pakistan Cricket Board (PCB) to have bilateral cricketing ties with India as it could generate revenues that would help improve Pakistan cricket.

“India now gives 70 per cent of the revenue generated by the ICC and once we have bilateral ties with India everything will improve in Pakistan cricket. The money will come in and that is very important,” said Asif.

Asif, however, refused to reveal details about how he got involved into the spot-fixing racket in 2010, saying he will tell the ICC/Pakistan Cricket Board anti-corruption officials when he meets them in the coming week.

Despite being grilled for two hours by a television channel regarding the spot-fixing scandal in England and if there were other members of the team involved in the racket, Asif insisted he would only give the details to the concern officials.

“I will be meeting with the ICC/Pakistan Cricket Board anti-corruption officials this week and whatever I have to say I will say to them,” he said.

“I will tell everything I know about the spot fixing racket and what happened in 2010 but I can’t say anything here and now,” Asif added.

The pacer admitted he felt guilty and ashamed for his actions.

“There are others who have never even bothered to apologise to the nation for their actions,” Asif said without elaborating who he was referring too.

Asif remained silent when a caller on the show accused him being shameless.

“What is the use of your apologising after denying everything for three years…I don’t know why they have called you even on this show. People like you should be isolated,” a caller said.

Asif, however, urged people to accept his apology.

“I don’t want to say much but I made a grave mistake and I just hope the people accept my apology. I can understand their feelings but I have already faced punishment,” he said.

Asif choose not to make any comment on Mohammad Aamer describing him as a mastermind of the spot-fixing scandal.

“I want him (Aamir) to also play again for Pakistan because he has number of years left in him. As far as I am concerned even if I can’t play for Pakistan or top cricket, I will still play club cricket because cricket is my blood,” he said.

The banned pacer also insisted he would be doing everything he could to play a role in educating other players about the menace of fixing and corruption.

Rohit Sharma, Suresh Raina slam tons as India A post 582/9 against South Africa A on Day 2

Tripura finish on top against TNCA XI on Day One