Former India captain Mohammad Azharuddin is training Bollywood star Emraan Hashmi for the upcoming biopic on the cricketer’s life. Azharuddin, who remains a controversial figure in Indian cricket, was till recently an MP as well.

Tanveer also refuted the speculations of Hashmi leaving the biopic that is being made on former India captain Azharuddin. Balaji Motion Pictures who are producing the biopic, confirmed that despite Kunal Deshmukh leaving the director’s chair, his friend Hashmi was very much the part of the movie. The movie is now being directed by Anthony D’Souza of Boss fame. The movie will be released next year. 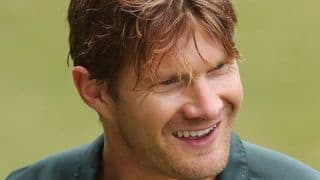