The Ranatunga-led Sri Lanka had demolished the Azharuddin-led India on their way to the final of the World Cup 1996.

Former Sri Lankan captain Arjuna Ranatunga, whose side won the World Cup 1996 held in the Indian subcontinent, has heaped praise on his peer and counterpart Mohammad Azharuddin. The Ranatunga-led Sri Lanka had demolished the Azharuddin-led India on their way to the final of the World Cup 1996, a game which was marred by crowd intervention. Ranatunga made his comments during a felicitation programme held by the Hyderabad Cricket Association (HCA), during the match between local side Sunrisers Hyderabad (SRH) and Kolkata Knight Riders (KKR) in the ongoing Indian Premier League (IPL) 2017. Ranatunga is also currently working as the Sri Lankan minister of shipping and transport.

Ranatunga was quoted as saying by the Sportstar Live, “Mohammad Azharuddin was the best captain to lead India. He was a shrewd leader. I have really fond memories of this city. Even though I haven t played at this lovely ground, I have played at the old ground (Lal Bahadur Stadium) where I got a quick-fire 90 against India in a One-Day international. Those were lovely days. The report added that the former Sri Lankan leader also made a short trip to Tirupathi.

Ranatunga added, As a politician, I don t get that much time to visit grounds or watch a match. Hence it s a great privilege for me to spend time at this lovely ground.

Talking about his team, Ranatunga expressed, I had a bunch of 13 committed cricketers. I used to give orders and they used to execute them well. When the players respect and love you, it s easier to be a captain. The bunch of players with me played for the country as they considered it a great honour to be in the team jersey. They were not worried about the money because they loved to play for the country.

I had the privilege of playing with some of the finest cricketers which this country has produced such as Sunil Gavaskar, Sachin Tendulkar, Sourav Ganguly, Dilip Vengsarkar etc. The list will go on and on. These players were not only rivals on the field but very good friends off it. I have been friends with them for so many years even after leaving the game, he concluded. 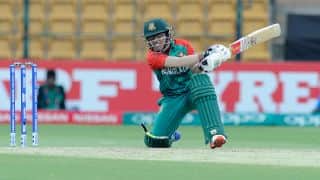 Bangladesh Women disappointed with pay hike of BDT 600 per match 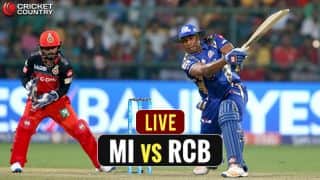