As the blue Alto stopped near Hazrath Banda Shah graveyard gate in the bustling Riyasat Nagar locality, a strapping bespectacled man in his 40s came out of the car with a bouquet of roses accompanied by a teenager. 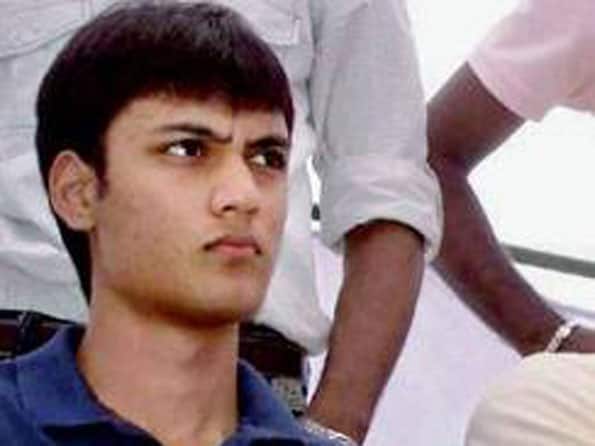 As the blue Alto stopped near Hazrath Banda Shah graveyard gate in the bustling Riyasat Nagar locality, a strapping bespectacled man in his 40s came out of the car with a bouquet of roses accompanied by a teenager.

Even from a distance, any onlooker would not be able to miss a striking resemblance of the man with former India captain Mohammad Azharuddin and rightly so.

He is Mohammad Fareesuddin, Azhar’s younger brother, who has come all the way from Dubai to pay homage to his nephew Ayazuddin — who lost his life in a tragic bike accident on a fateful day in September last year.

“It’s a huge loss for the family. We are yet to overcome from that tragedy but we are trying our best,” Farees said as he tried hard to control his emotions standing in front of Ayazuddin’s grave.

“Ayaz was very soft-spoken, introvert lad. There was hardly any interaction between us… But I remember people saying he was a talented cricketer, similar to that of his father.”

Farees informed that the family will be planning something on Ayaz’s first death anniversary, once Azhar, who is now a busy Parliamentarian is back in the city.

Although Ayaz passed away on September 16 last year, according to Arabic calendar, his first death anniversary is next week.

“As per the English calendar it’s on September 16 but according to the Arabic calendar the anniversary is sometime next week. Bhai (Azhar) would come during that time,” he added.

September 11 is a date that will haunt the family forever as Ayaz had the bike accident on that very day.

“I was here that time. He really battled for life. Despite heavy internal bleeding, he fought on, continuously for six days before breathing his last,” Farees said.

“A father can only understand how difficult is it to lose a child. It was really painful for Bhai… But somehow, he is trying to overcome it. He (Azhar) is quite fine now.”

The graveyard is more than 100 years’ old with all of Azharuddin’s ancestors buried at the place.

“Whenever anybody of the family comes (to Hyderabad), they visit and pay a homage here. All our ancestors are buried here,” Irfan told PTI.

55-year-old Mohammad Ahmed, janitor of this graveyard remembered how Azhar broke down during the burial.

“I still remember the evening when Ayaz was buried. It was around 7 clock in the evening. Azhar completely broke down. Later, he (Azhar) had come on the third day, the 10th day and on the 40th day. It’s been about two months since he last visited.

“He is a busy man. It’s their family’s graveyard. I’ve seen many burials of the family. But Ayaz’s death was most tragic,” Ahmed, who lives inside the compound with his 10-member family, said.

“The entire city including all the ministers turned up to mourn the death last year. The entire place was cordoned off,” he recollected.

The 1000cc Hayabusa was a gift from Azhar to Ayaz on Eid as the teenager was passionate about mean machine.

His passion turned fatal and changed the lives of everyone around him. May be the reason why Azhar didn’t pay a visit to graveyard during this year’s Eid. Time flies but for some life refuses to move on.