Mohammad Hafeez has not been called for a short conditioning camp, starting from September 19 in Lahore.

Karachi: The national selectors have once again ignored senior batsman Mohammad Hafeez for the two-match Test series against Sri Lanka in the UAE later in September. Hafeez, who was also dropped for the Independence Cup T20 series against the World XI, has not been called for a short conditioning camp, starting from September 19 in Lahore, for the upcoming Test series. While selectors have ignored Hafeez, 36, who has a batting average of 39.22 in 50 Tests, they have called up openers Ahmed Shehzad, Sami Aslam and Shaan Masood for the training camp. Masood has a batting average of 23 in 10 Tests and Aslam has a batting average of 33 in 11 Tests. FULL CRICKET SCORECARD: Pakistan vs Sri Lanka 2017-18, 1st Test at Abu Dhabi

Hafeez last played a Test in England in 2016 in August at Birmingham before sustaining fitness and injury problems. He was also banned for an illegal bowling action last year but was eventually cleared by the ICC. But despite being cleared, the selectors ignored him for T20 cricket. The selectors and the team management are talking about grooming youngsters after the recent retirements of batting stalwarts Younis Khan and Misbah-ul-Haq from Test cricket. However, they recalled left arm-fast bowler Wahab Riaz, while Mohammad Aamer, who missed the Independence Cup matches due to the birth of his child, is also now available. Pink-ball cricket is the future, says Gurusinha

The selectors have also included three spinners for the training camp including leg-spinner Yasir Shah, who was awarded the best Test player of the year by the PCB this week, off-spinner Bilal Asif and rookie left-arm spinner Mohammad Asghar. Mohammad Irfan eyes comeback during T20I series vs SL 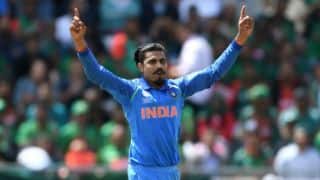 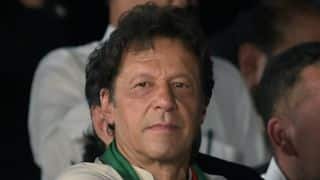